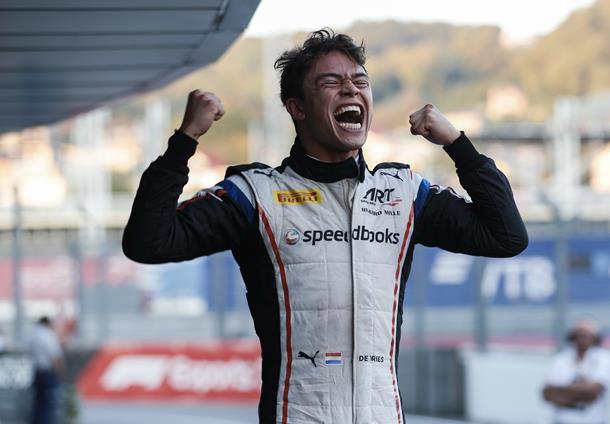 It all started so promisingly. When the class of 2019 first set foot onto the tarmac of the Spanish pitlane in Jerez de la Frontera, they were greeted by the cool winter sun and the optimism of a new campaign. While much of the field was in the process of getting to grips with the updated machinery, Nyck De Vries was setting in motion a season of dominance. After a frustrating 2018, where he had finished fourth behind a crop of drivers who would all come to join Formula 1, he felt his time was now.

As much as the hype around Mick Schumacher took many of the early headlines, make no mistake, pre-season was all about Nyck de Vries: his end to 2018 had seen him labeled as the favorite. He didn’t disappoint. In nine testing sessions, he finished fastest in a remarkable six of them. It looked set to be his year. But then, the campaign began and De Vries was nowhere to be seen on the podium in Round 1. Instead, he finished sixth and seventh. It wasn’t supposed to start like this.

The Dutchman wouldn’t fail to make the podium again in any of the nine rounds that followed, collecting an unprecedented 13. In doing so, he broke the record for the most podiums in F2, with 23 overall – he now leads the charts by four. Last season’s champion, George Russell, ‘only’ sealed 11. The Williams F1 driver’s points’ tally is also well within reach of the Dutchman, who has just 21 points fewer, with two races remaining.