Home » How does the DTM work

With their thrilling race format, DTM will try to provide its fans enthralling motor racing, with the well-thought regulations making for neutrality and transparency. Here you will find how the DTM works.

Pit stops in the DTM

In both races, the drivers have to pit at least once for a complete set of fresh tires. There’s no time frame for the pit stops, it’s up to the driver to decide when he comes in for the tire change. During a pit stop, a maximum of nine people may work on the car and only one wheel gun may be used per side of the vehicle. The involvement of the ninth mechanic will be used as a ‘tire catcher’ to avoid that a tire rolls away. Pitting during a safety-car period is allowed but this stop won’t count as the obligatory pit stop.

From the moment when a car has set the first timed qualifying lap, it is subjected to the Parc-Fermé regulations. Up to the start of the race, only a few works and changes on the car may be executed. After the race, all the ranked cars once again are subjected to the Parc Fermé regulations. Then, any changes to the car are prohibited. In the night between race one and two, the mechanics have to observe a stipulated rest period. During this period of time, the car will be covered. An exception will be possible only if a car was seriously damaged and has to be repaired to get it ready to race for the next day.

The same number of points will be awarded in every race. For the top-10 positions, points will be awarded according to the following system: 25-18-15-12-10-8-6-4-2-1. In addition, the three fastest drivers of the respective qualifying session also will score points: the pole sitter will be awarded three points, the second-fastest two and the third one point. There won’t be extra points for the fastest laps and no drop results. 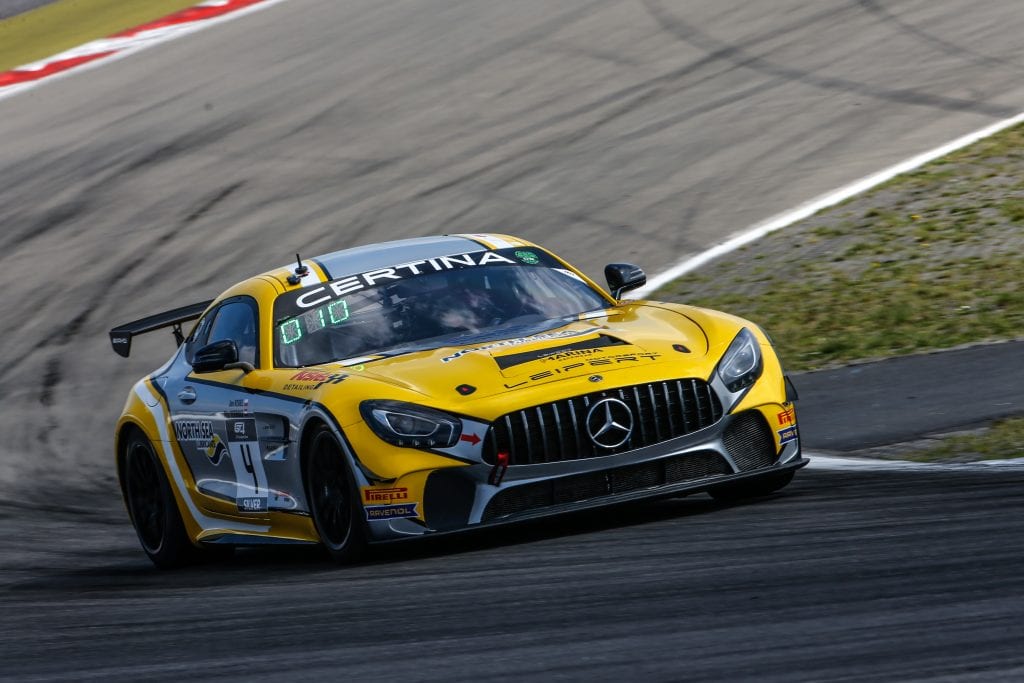 For a DTM race weekend, comprising practice sessions, qualifying sessions, and races, every driver has got eight sets of fresh Hankook Ventus slicks available. The number of wet weather tires for practice, qualifying, and races of a weekend are limited to a maximum of six fresh sets of tires per driver. On the first day of the respective event, the tires for every driver will be drawn by the scrutineers.

The distance of both races of a weekend is identical: 55 minutes plus a complete lap, with one of them being held on Saturday, the other on Sunday. The grid positions for each race are secured in a corresponding 20-minute qualifying session. In addition to the races and the qualifying sessions, each race meeting also includes free practice sessions. The race meeting at Brands Hatch represents an exception. It is a two-day event and therefore, the time schedule has to make do without the Friday practice session.

The safety-car is sent out to not have to red flag a race. When the safety-cat is ordered to go out, all the marshals show – up to the end of the safety-car period – waved yellow flags and the ’SC’ board. From this moment, overtaking is prohibited. The safety-car goes out with the flashlights switched on and takes the position ahead of the race leader. On the lap when the safety-car will go in again the yellow flashlights are switched off. On the way to the home straight the field reforms for the so-called Indy start and the race will be restarted in the Indy format. This means that the field approaches the start-finish in two rows at about 80 kph, with the race leader and the drivers in the uneven positions driving on the side of the track that will take them to the inside of turn one.

The race leader also is responsible for setting the pace. As soon as he accelerates, the green flag will be waved and the race will be restarted. Accelerating only is allowed in the section between the first white line and the finish line. Changing the lane before having crossed the finish line is forbidden.

In the case of a dangerous situation, the race control also can enact a speed limit for certain sections – the so-called slow zone – instead of sending out the safety-car. Should a ‘slow zone’ have been enacted in a certain section, the drivers are informed via radio and via displays at the trackside. The top speed in the entire ‘slow zone’ is limited to 80 kph and overtaking is prohibited. Die Slow Zone is abolished when the hazard has been removed and the last car of the field has left the respective section compared to the safety-car. The slow-zone has got the advantage that closing in on one another is made impossible and the gaps between the cars consequently remain virtually the same. So, a lead a driver has opened over the competitors won’t be lost.

The standing-start format is used for both races. The starting grid is formed on staggered rows and according to the result of the respective qualifying session. Prior to the start, the field completes a formation lap, with the drivers completing a lap in the starting order before re-taking their positions on the grid for the official start. During this lap, the drivers work on getting their tires and brakes to working temperature. Overtaking is prohibited. Cameras survey every single slot on the starting grid to detect any jump start. Jump starts are penalized with drive-thru penalties.

The drivers are free to choose the number they like – as far as it still is available. They basically will keep this number throughout their DTM career. The exception is the #1 that is reserved for the defending champion. In the 2018 season, however, reigning champion René Rast passed on the right to race with the #1 on his car and kept on racing with #33 instead – his lucky number that already decorated his car on the way to the 2017 title.

The rankings in the DTM also counts towards FIA Superlicense points

The radio communication between driver and team is prohibited to reduce the possibility of tactical and strategic maneuvers. Now, the team only may communicate with the driver via the pit boards. And to also reduce the flow of information and the orders a driver may be provided with, the pit boards only may be used for informing the drivers on planned pit stops and emergency situations. And the teams may only use DMSB approved figures, letters and symbols for the communication.