Home » Why the Belgian Grand Prix counted for points

The Formula 1 is awarding half-points for the red-flagged Belgian Grand Prix. This is prompting a fair deal of discussion on the internet as the cars don’t appear to have completed two laps.

The rules have been that F1 drivers need to finish at least two laps for half points being handed out. The fact that the FIA says the race have been classified with one lap people started discussing the race didn’t meet the rules for the half points.

For this discussion we need to refer to Article 6.5 of the Sporting Regulations. This article states the following:

The F1 cars had completed two full laps behind the safety car before the red flag came out on lap three. So lap three is the last lap of the race, fully compliant with article 6.5 since the lap after the red flag still need to be completed. The cars don’t stop right away. They return to the starting light at the start of the pit, crossing the line a 3rd time.

However the race is red flagged, and this has been done under Article 51.14 of the same Sporting Regulations. This Article says the following:

When you look at the rules separate we have have a red flag coming out on lap three, making the leader passing the starting line three times, compliant with article 6.5 for the half points. And as the red flag came out on lap three according to article 51.14 the results on lap 1 are the one that count for the classification.

After the race Michael Masi stated the following:

“There’s been three laps completed,” he said. “The third lap was completed as the cars crossed the control line in the fast lane.

“And then the classification for points is taken on the penultimate lap before the lap the signal was given. So there’s effectively two separate points.

Below we attached a map with the control line visible 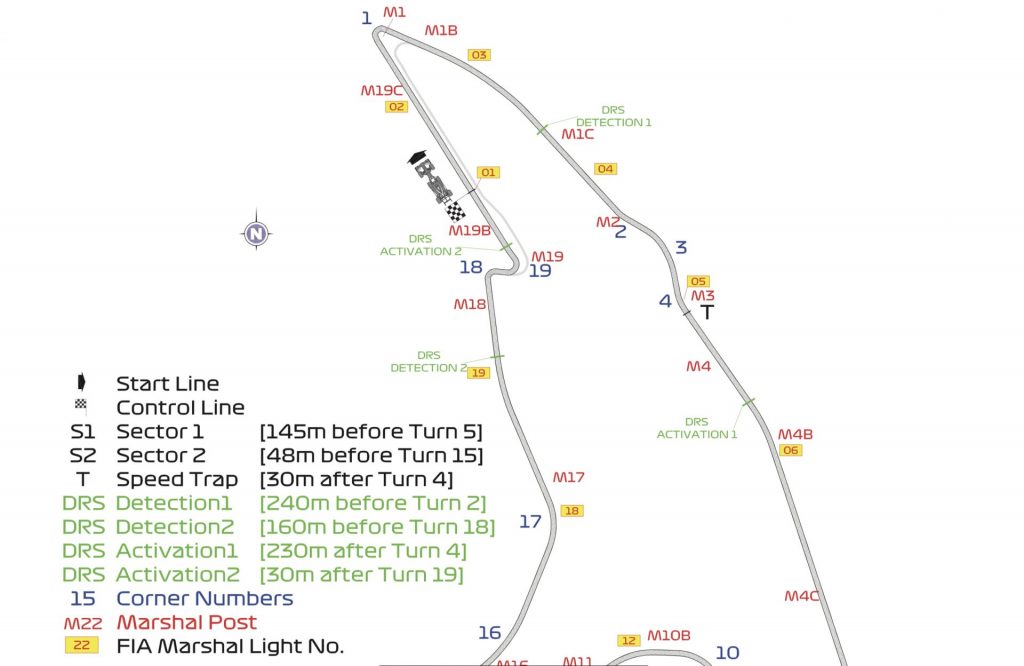