On 15 February the ABB FIA Formula E Championship will race in Mexico City for the fifth time in the series’ history. While the Autodromo Hermanos Rodriguez circuit will again stage the upcoming round, the track features a modified layout this year. 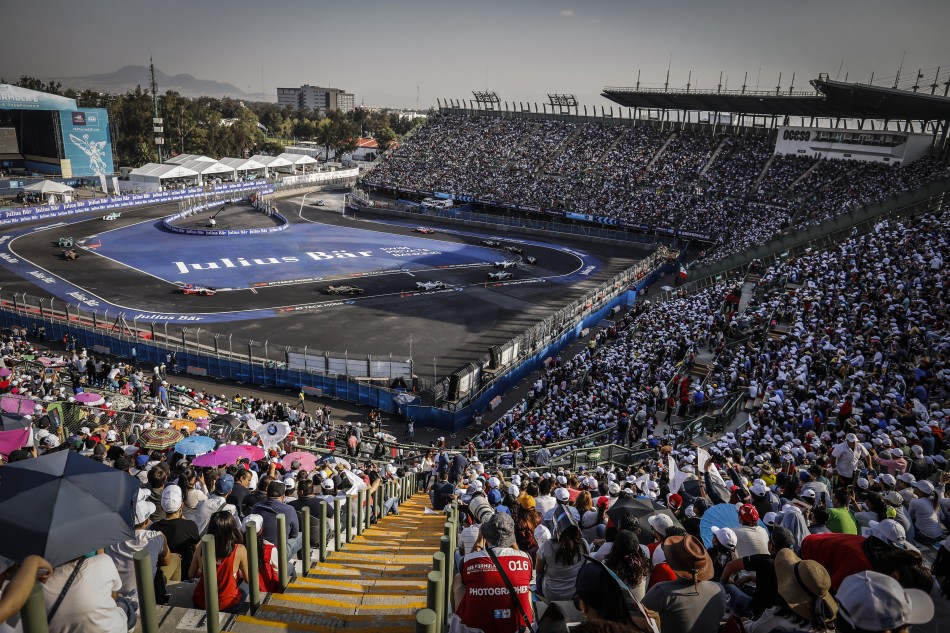 New track layout in the Valley of Mexico

The start/finish line and the first two corners remain the same as in previous years, before the Gen2 cars make their way around a modified Turn 3, which heads left into a series of four new corners. Part of this added loop, which increases the length of the circuit to 2,606 kilometres, is a hairpin in Turn 5, while the next two turns lead back onto the familiar layout. The track then runs back into the legendary Foro Sol stadium section. Once around this, the third section of the circuit leads the drivers through the famous Peraltada curve, which no longer features a chicane, before the cars cross the start/finish line to complete the lap.

Mexico City has historically been a happy hunting ground for the Audi Sport Abt Schaeffler Formula E Team with its drivers winning the previous three rounds. Lucas di Grassi took victory for the squad in 2017, while Daniel Abt secured an emotional win which marked the beginning of a real turnaround for the team in season four. And last year Lucas Di Grassi snatched the win from Mahindra Racing’s Pascal Wehrlein just meters from the finish, as the German reached the limit of his energy reserves.

In 2019 the final few minutes of the race were frantic. Both Nissan e.dams drivers Oliver Rowland and Sebastien Buemi, who had been running in second and fourth respectively, also slowed following a miscalculation of the number of laps that would be taken during the timed race format.

The top order was shuffled even further in the final moments of the race, as Wehrlein was handed a five-second penalty just after crossing the finish line for cutting the Turn 3/4 chicane, dropping him down to sixth and promoting Antonio Felix Da Costa into second place for BMW i ANDRETTI MOTORSPORT, and Edoardo Mortara into the final podium position for the Venturi Formula E Team.

Even before the last-lap dramas, there was plenty of action throughout the fourth edition of the Mexico City E-Prix. The most spectacular one began with contact between the Panasonic Jaguar Racing car of Nelson Piquet Jr and the DS TECHEETAH car of reigning champion Jean-Eric Vergne, ending with Piquet crashing heavily into the barriers and out of the race.

In an impressively consistent race performance, Jerome d’Ambrosio (Mahindra Racing) capitalised on the drama ahead, coming through from 19th on the grid to finish fourth. Andre Lotterer (DS TECHEETAH) rounded out the top five.

Last Year’s Action of the Year

After three rounds of the 2019/20 season, the ABB FIA Formula E Championship remains as fiercely contested as in previous seasons. The series has seen three different winners, Sam Bird (Envision Virgin Racing), Alexander Sims and Maximilian Günther (both BMW i ANDRETTI MOTORSPORT), in the three races contested so far. Despite not yet winning a race, Stoffel Vandoorne (Mercedes-Benz EQ Formula E Team) leads the driver championship standings, thanks to finishing in the top six in each round to date. The Belgian is closely followed by the three race winners Sims, Bird, and Günther.

Reigning driver champion Vergne had a difficult start to the season and is currently classified 16th. He will have his eyes set on points and the podium in Mexico.

The good results of both BMW drivers, Sims and Günther, mean that their team has managed to accumulate the highest number of points and now occupies the top spot in the team championship standings. Mercedes-Benz follows in second and Envision Virgin Racing in third. 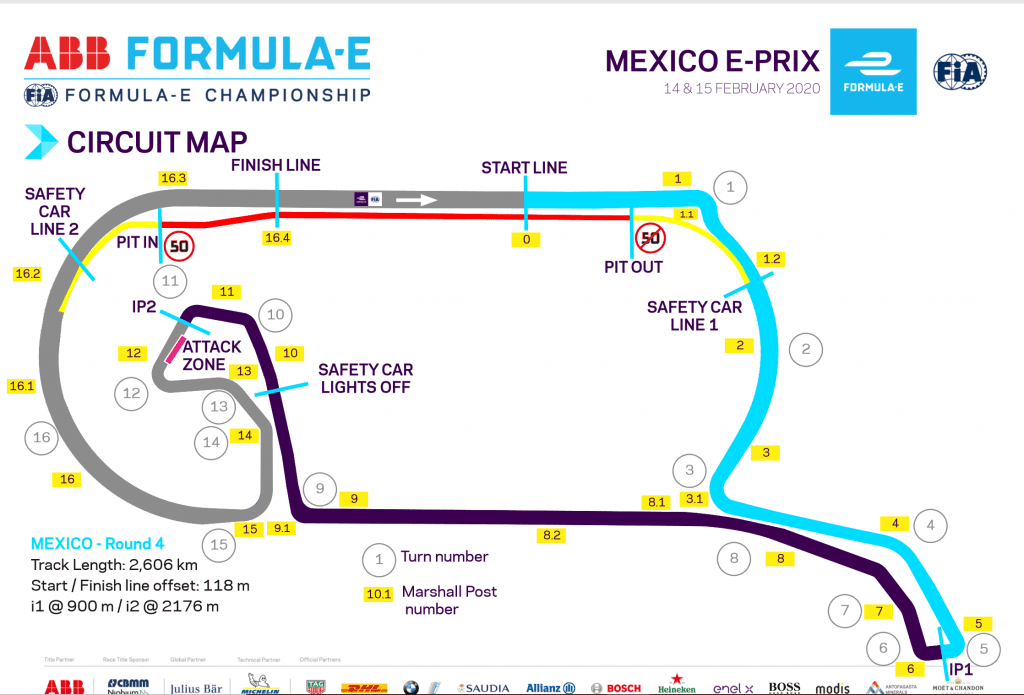