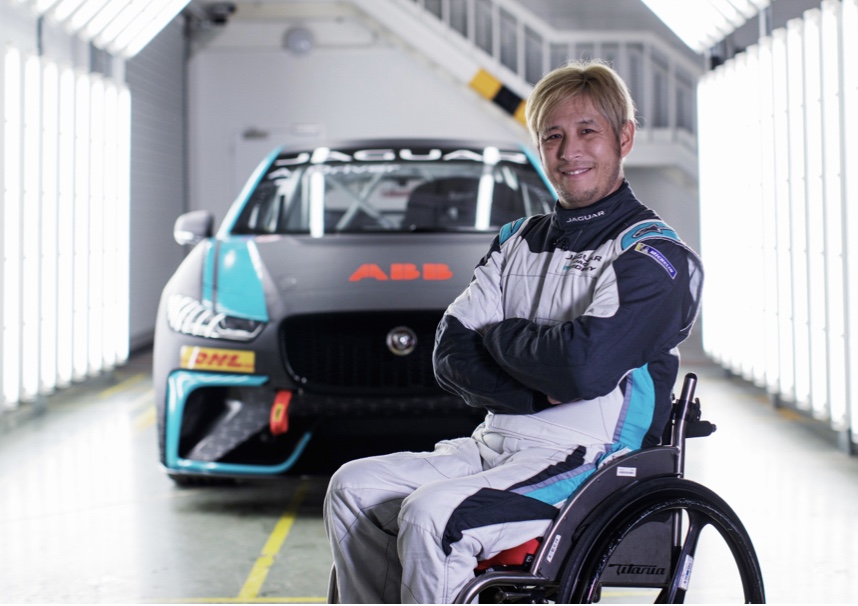 Aoki became paralysed from the waist down after an accident in 1998, a year after he finished fifth overall with Honda in the 500GP class. Since then, Aoki has remained involved in motorsport and has competed with success on four wheels using specially-modified vehicles in both the 2009 Dakar Rally and 2016 Asia Cross Country Rally.

He most recently competed in the 2019 Michelin Le Mans Cup – LMP3 category and for La Filière Frédéric Sausset by SRT41 in the 2019 Road To Le Mans competition, part of the support package for the 2019 Le Mans 24 Hours.

Modifications to the pedal box position have been made to increase efficiency of lever based brake actuation and a bespoke ‘pull type’ actuation from the throttle to utilise the eTROPHY electronic throttle control. The unique design uses cable actuation of the existing pedal for easy modification to the Jaguar I-PACE eTROPHY racecar.