Alex Smolyar commanded Sunday’s Race 2, converting reverse grid pole into his first ever FIA Formula 3 win to become the sixth different victor of the year. He was leading from lights-to-flag at Silverstone ahead of David Beckmann and Clement Novalak.

David Beckmann may feel aggrieved to have not gained further ground on his Championship rivals, who were all further down the pack, but it was a case of balancing risk versus the reward for the Trident driver, as a train of cars were following in tow, ready to pounce on any mistakes made.

He’ll won’t have been thrilled by Alex Smolyar’s attempts to break his own tow either, but the ART Grand Prix driver kept it on the limit and race control didn’t deem it severe enough for a black and white flag.

Fellow title challengers Frederik Vesti and Logan Sargeant managed fifth and sixth, with Liam Lawson gaining three positions for seventh. Meanwhile, it was a difficult morning for the Championship leader, as Oscar Piastri was forced to retire. 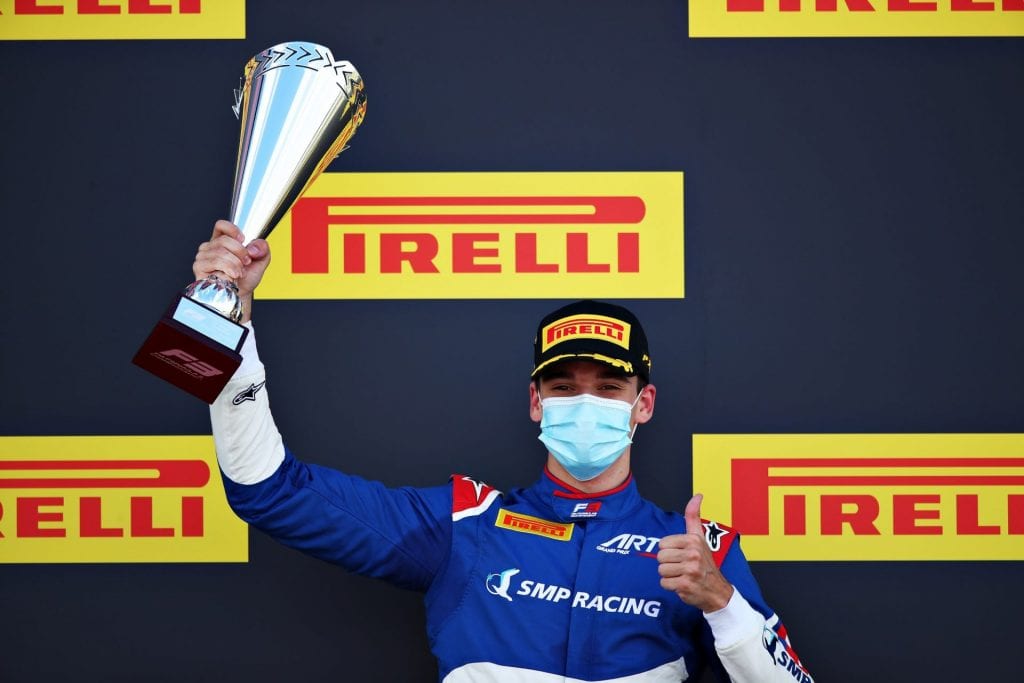 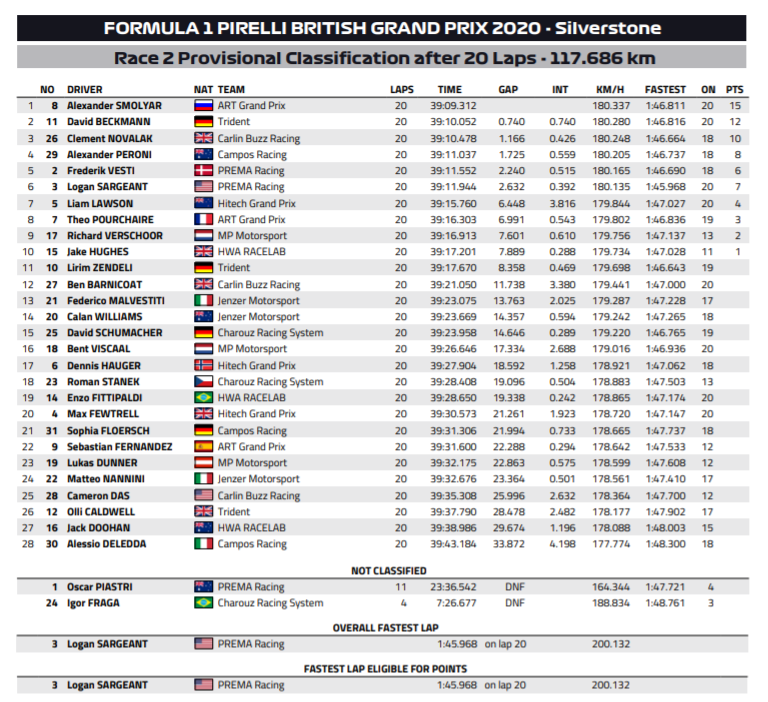