A grand finale on the closing lap: René Rast has won the DTM race at Spa-Francorchamps on Sunday and therefore got a successful rematch for the race on Saturday. 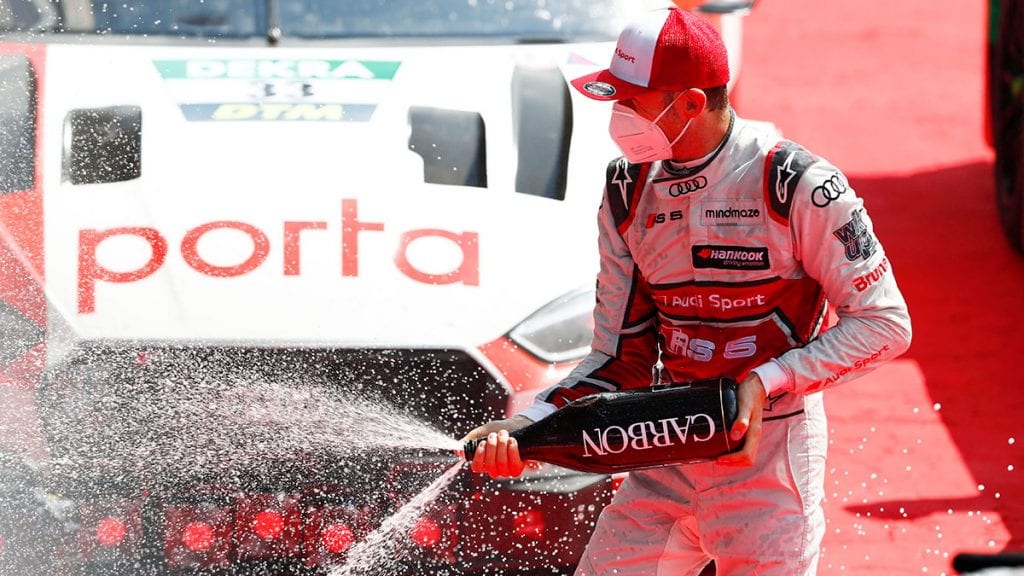 While his fellow Audi driver Nico Müller (SUI) forged his way past the champion with spirited moves at ‘Eau Rouge’ and ‘Raidillon’ on Saturday, it was Rast on Sunday who made the decisive move against Müller at the end of the long ‘Kemmel straight’. Müller stayed right behind Rast until the finish line, but eventually had to admit defeat, finishing 0.483 seconds down. Robin Frijns (NED) completed another dream result for Audi after having secured his maiden pole position in the DTM on Saturday.

BMW has some home work from Spa-Francorchamps for the next double header at the Lausitzring. The best-placed driver from the Munich-based brand was Sheldon van der Linde (RSA) in sixth place. Finishing in eighth to tenth place in that order, Lucas Auer (AUT), Jonathan Aberdein (RSA) and Marco Wittmann also crossed the line in point-scoring