Mercedes’s Lewis Hamilton has matched the career win record of Michael Schumacher with his 91st F1 victory at the Eifel GP, triumphing over the Red Bull of Max Verstappen at the Nurburgring, as Daniel Ricciardo secured his first podium for the Renault squad. 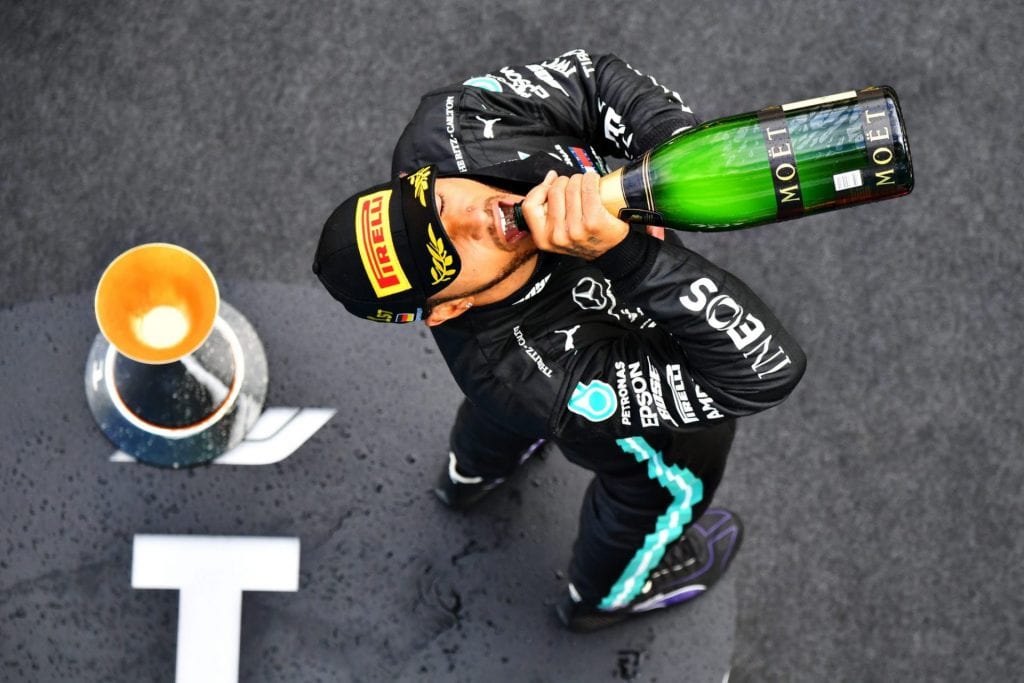 Hamilton had been outmuscled by his polesitting team mate Valtteri Bottas at the start of the race, but passed the Finn on Lap 13 of 60 after Bottas locked up at Turn 1 – before a loss of power forced Bottas into retirement six laps later, Mercedes’s first DNF of 2020.

From there, Hamilton then had a relatively comfortable run to his record-equalling win #91, overcoming a Safety Car restart – coming after McLaren’s Lando Norris had retired on Lap 44 – to win from Verstappen by 4s, Hamilton’s victory poignantly coming in front of Schumacher’s son Mick, who was due to drive in Friday practice for Alfa Romeo this weekend, and on Schumacher’s home turf to boot.

If there was joy for Hamilton, though, that was matched in the Renault camp, with Ricciardo taking the team’s first podium since returning to the sport in 2016, and his first since his win for Red Bull at Monaco in 2018 – with Renault Team Principal Cyril Abiteboul now set to get his first ever tattoo, as per his pre-season wager with Ricciardo…