Lewis Hamilton delivered when it mattered this weekend so far. The Briton stole the Pole Position from teammate and championship rival Valtteri Bottas.

Lewis Hamilton wasn’t too happy with his car during the practice sessions and during qualifying, he made an unusual mistake causing him to spin in Q2. But as he has done so often in his career, Hamilton regrouped, zoned everything else out, and pieced together the fastest lap of the weekend to nail a track record and put pole position out of reach. In doing so, he also became the first driver to take seven poles at his home event.

Bottas slotted into second, three tenths off the pace, with Max Verstappen in third for Red Bull, around one second adrift of Hamilton, such was the domination of Mercedes at the Northamptonshire track. The silver cars were 0.7s quicker than 2019, whereas Red Bull and Ferrari are both slower than they were in Q3 this time last year. 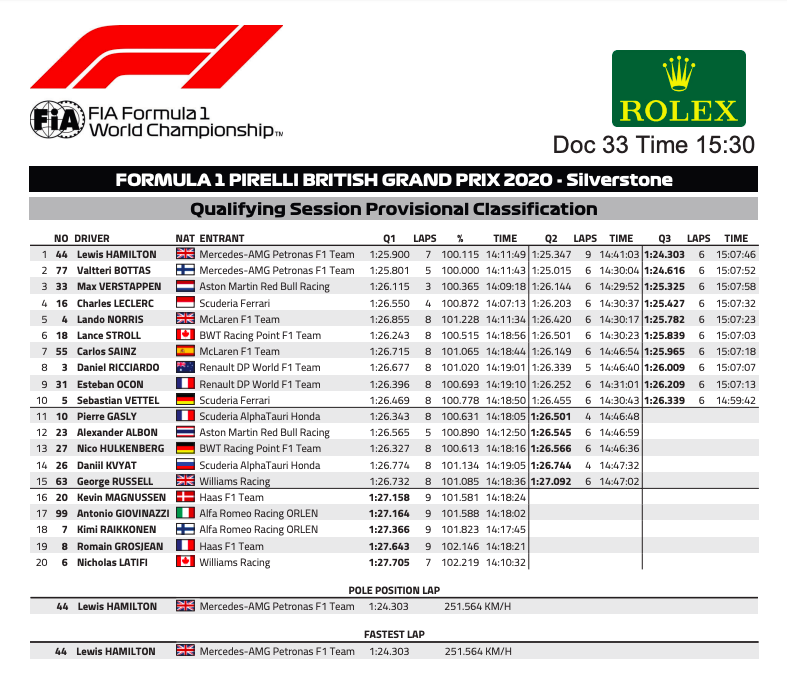