We saw some incredible laps at the end of the 2020 British Grand Prix. We saw Lewis Hamilton claim victory again. But this will be one of the most dramatic wins of his career as his left-front tire decided to not be a part of the finish.

Lewis Hamilton and team mate Valtteri Bottas had been formation flying for 50 of the 52 laps at Silverstone until tire drama struck. Second-placed man Valtteri Bottas was the first to suffer as his tire deflated on Lap 50, costing him second place, before on the very last lap, Lewis Hamilton suffered his own issue. 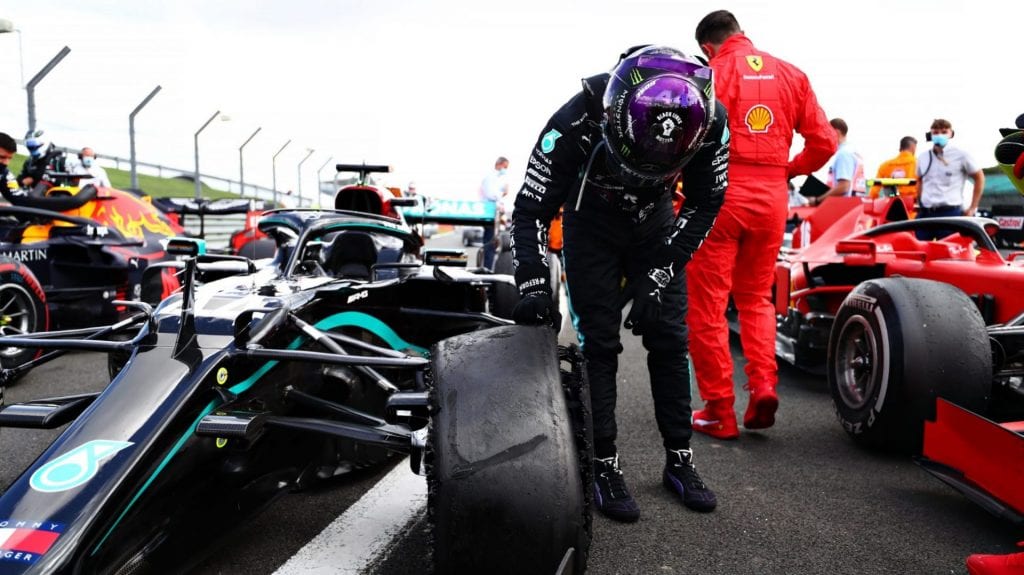 However, with Max Verstappen having opted to pit a few laps from the end to try and claim fastest lap, Lewis Hamilton had enough time in hand to just cross the line first, five seconds ahead of Verstappen and the third placed Ferrari of Charles Leclerc. 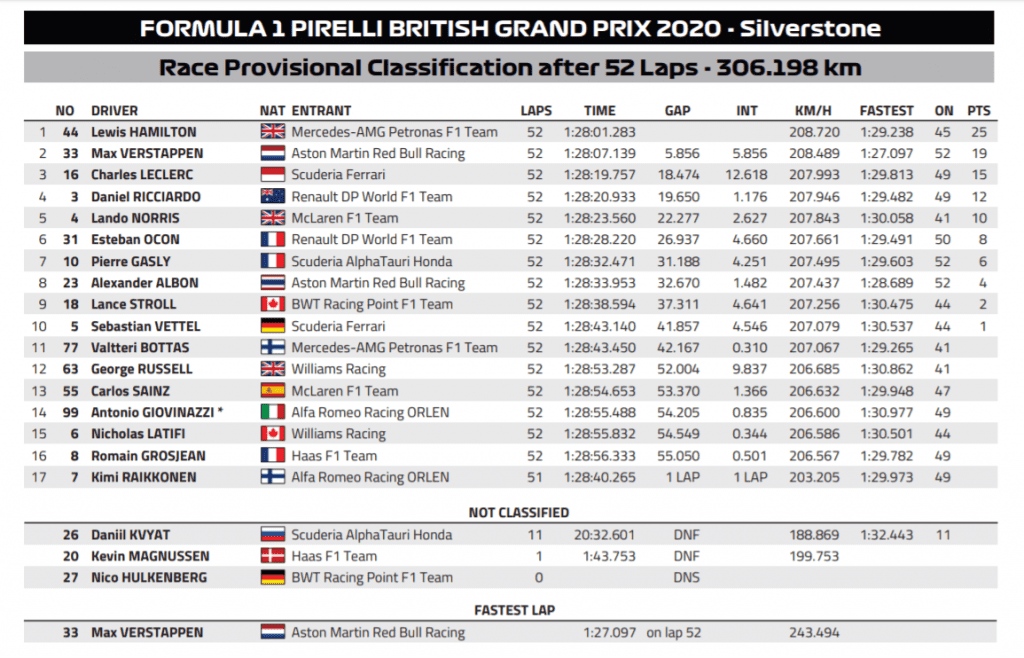 One thought on “Hamilton limps to victory”