Liam Lawson was able to keep in front of the PREMA’s and get his second win of the season.

An action-packed start saw David Schumacher start from the pit lane and Alessio Deledda got his car in a stall during the start. However, he was able to get his car going before the cars came back.

After a positive day yesterday, Max Fewtrell’s run of bad luck resumed on the first lap, running out of track space at the loop going wheel to wheel with Frederik Vesti and running off through the grass and runoff through Aintree, dropping him down the order.

In lap 3 we saw Clement Novalak go around the outside of David Beckmann for P8. The race was shortly paused due to a spin from Matteo Nannini bringing out the Virtual Safety Car until he was able to get his Jenzer going again.

The Safety Car came out on lap 12 thanks to Bent Viscaal, who initially pushed Ben Barnicoat wide on the outside of Luffield and into the gravel. Viscaal then spun into the path of the unfortunate Jack Doohan, who was collected by the spinning MP car, sending both cars off the road and into retirement.

Racing resumed on lap 16, but was stopped again soon after, Max Fewtrell at fault this time, tapping the rear of Olli Caldwell’s Trident car, sending him spinning, he then collected Lukas Dunner, who was traveling at speed ripping off the gearbox of the stationary car, the contact eliminating all three cars on the spot and ending the race behind the Safety Car. 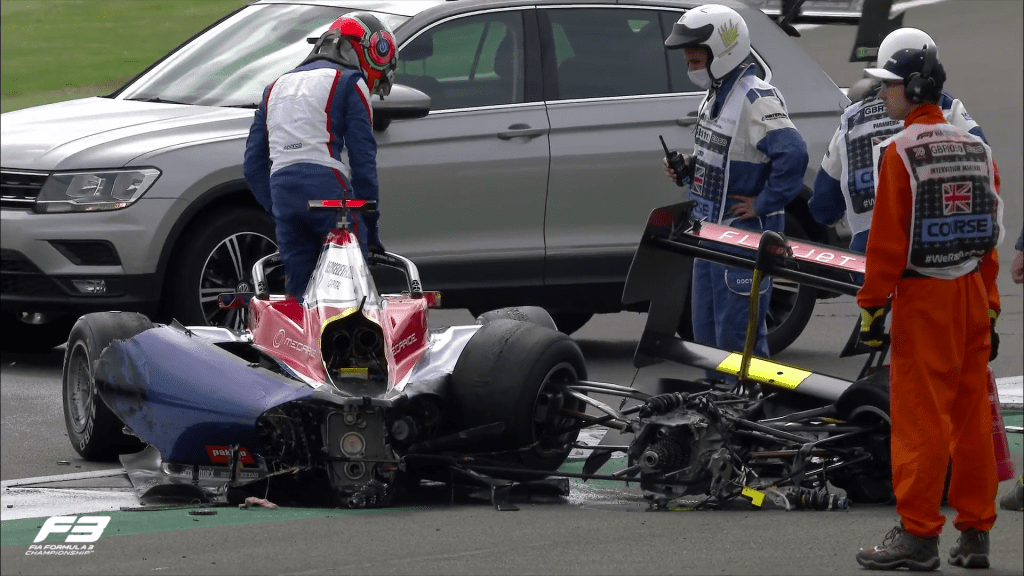 The Safety Car was a lucky escape for Lawson, as he was reporting his tires were running out of life, and we missed out the opportunity to see whether he could’ve held on from the cars behind him. Smolyar came home in P10 for ART meaning he will start the reverse grid race from pole, whilst Verschoor and Pourchaire were unable to recover to the top ten after a poor qualifying session. 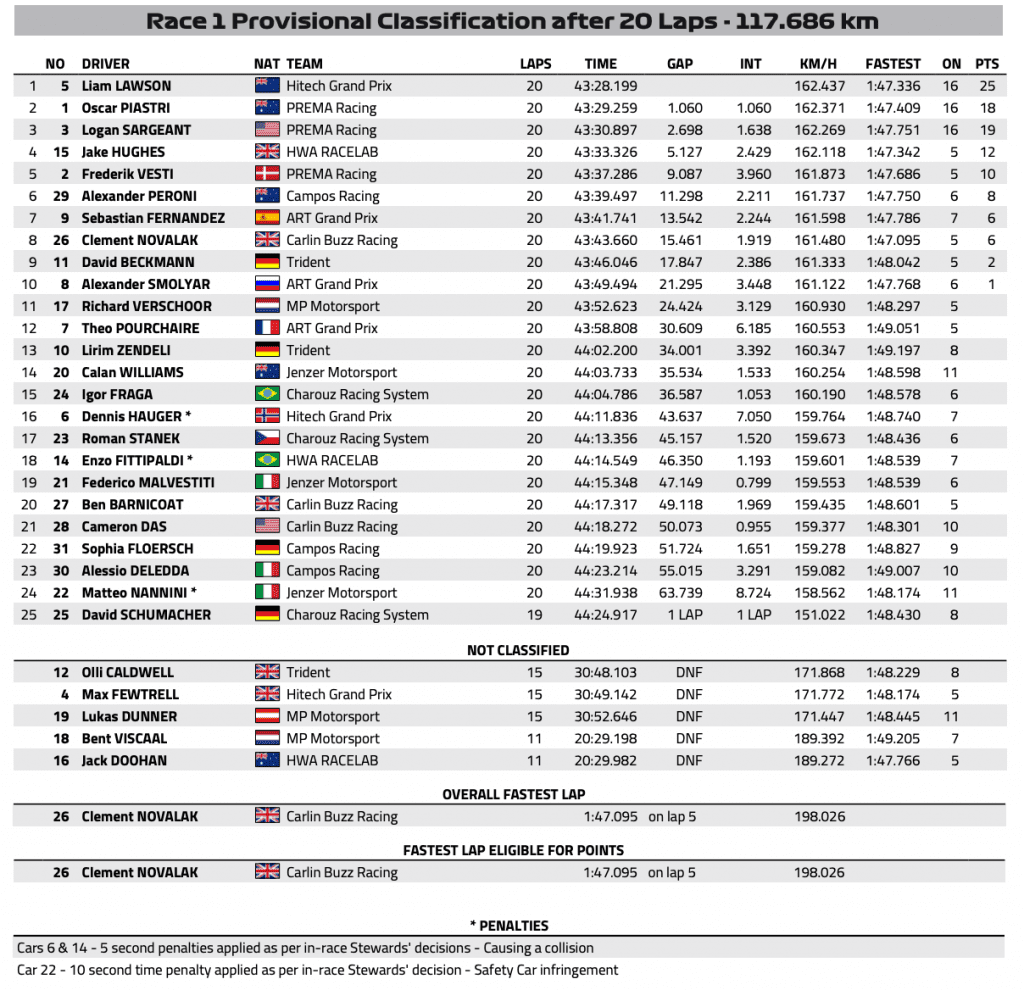