Jan Kopecky survived a final stage puncture to hang onto the lead of WRC 2 pro at the ADAC RALLYE DEUTSCHLAND on Saterday Night. The Czech carried a comfortable lead of more than a minute into the final marathon speed test on the intimidating Baumholder military ranges in his Skoda Fabia. However, he limped to the end of the 41.17km special stage with a rear right puncture. 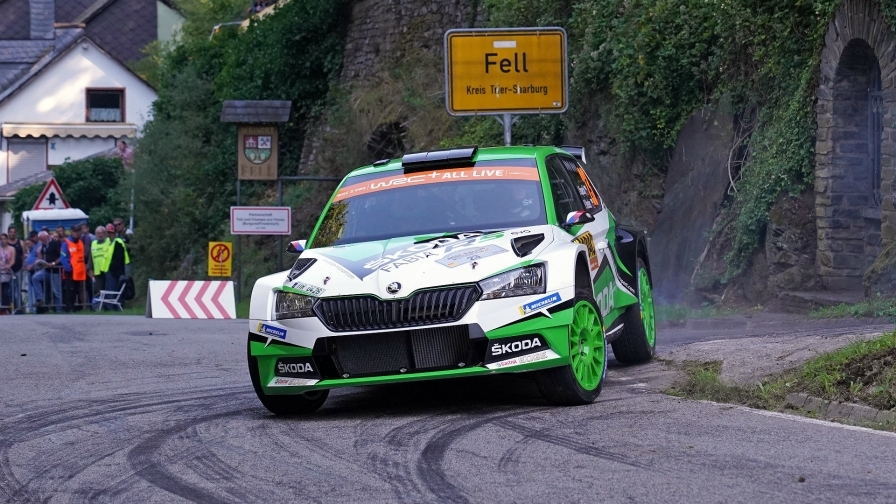 “I’m quite fed up because the road was completely destroyed in a braking point,” said Kopecký, who ended with a 34.0sec lead over Eric Camilli’s Ford Fiesta in his quest for a second straight support category victory in Germany. Team-mate Kalle Rovanperä’s overnight lead vanished when the teenage Finn went off the road twice in consecutive stages in Saarland’s country lanes this morning. He finished almost 3min 30sec off the lead in third.

A frustrated Mads Østberg was fourth in a Citroën C3. The Norwegian was a comfortable second but stopped to change punctures on both passes through the long Panzerplatte tank training road test. Fabian Kreim headed Marijan Greibel in an all-German fight for honours in WRC 2 after a topsy-turvy day. Kreim, driving a Skoda Fabia, held a 16.9sec advantage as a charging Greibel slashed his deficit from 50.0sec this afternoon.

Overnight leader Stéphane Lefebvre crashed his Volkswagen Polo out of the lead whilst under severe pressure from team-mate Nicolas Ciamin. Sadly for Ciamin, he also crashed in the following test, promoting Kreim into the lead. 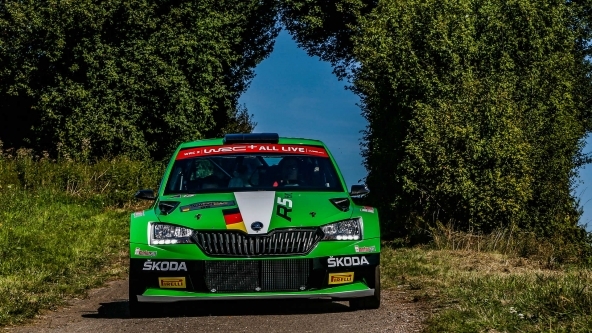 Kajetan Kajetanowicz briefly held second in another Polo, but was powerless to fend off Griebel and ended 8.5sec behind in third. Fabio Andolfi was fourth, a further 14.1sec behind in a Fabia. There was a huge gap of more than 3min 30sec back to Nikolay Gryazin in fifth with Dominik Dinkel round off the top six in a Hyundai i20.