“Better late than never,” said Max Verstappen’s engineer as the Dutchman secured the first pole position of his career, at his 93rd attempt, with a scintillating performance in qualifying for the Hungarian Grand Prix to become Formula 1’s 100th pole-sitter… 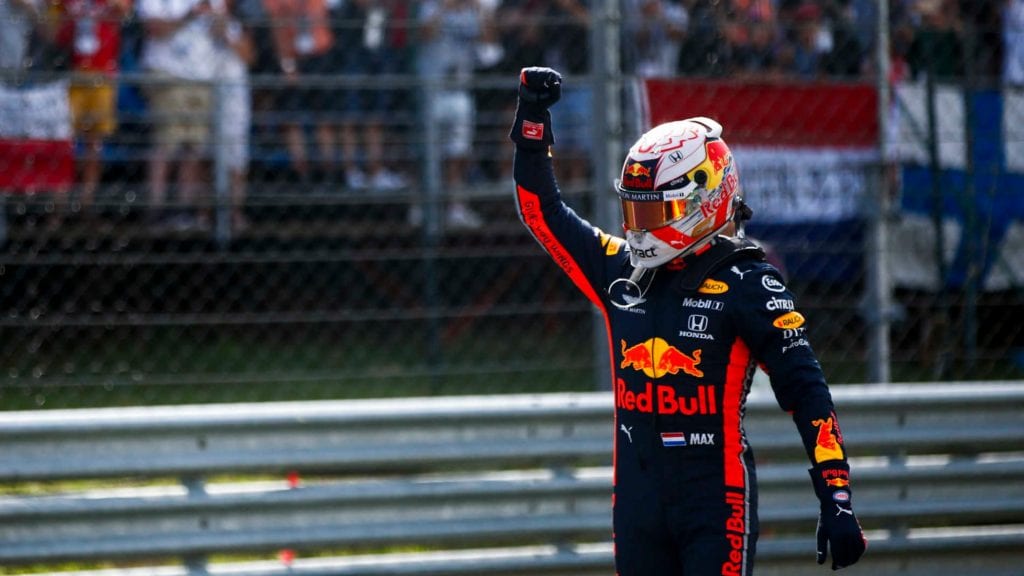 Verstappen has looked mighty all weekend, but recent history has suggested that the Honda-powered RB15 hasn’t quite had the power to fight with Mercedes and Ferrari on a Saturday afternoon. But that was certainly not the case at the Hungaroring.

Verstappen set a commanding benchmark with his Q3 first lap and then improved by a couple of tenths on his second run to put pole position out of reach of any of his rivals. Valtteri Bottas, who has appeared to struggle all weekend, was second for Mercedes, 0.018s off the pace.

Championship leader Lewis Hamilton didn’t quite have the pace to challenge for the front row, but he’ll line up third, having comfortably beaten the Ferrari of Charles Leclerc. The Monegasque had a stressful start to the session when he clattered the barrier, breaking his rear wing. But fortunately the damage was not so severe, allowing him to continue.

Team mate Sebastian Vettel was just 0.028s adrift in fifth, with Pierre Gasly taking sixth in the second Red Bull. Lando Norris was the best of the rest, the McLaren driver having the edge over team mate Carlos Sainz all weekend and beating him by half a tenth in qualifying.

Haas’s Romain Grosjean and Alfa Romeo’s Kimi Raikkonen completed the top 10, while Renault’s Daniel Ricciardo made a shock Q1 exit and George Russell delivered Williams’ best performance of the season with a brilliant 16th, just a fraction away from reaching Q2 for the first time in his career.