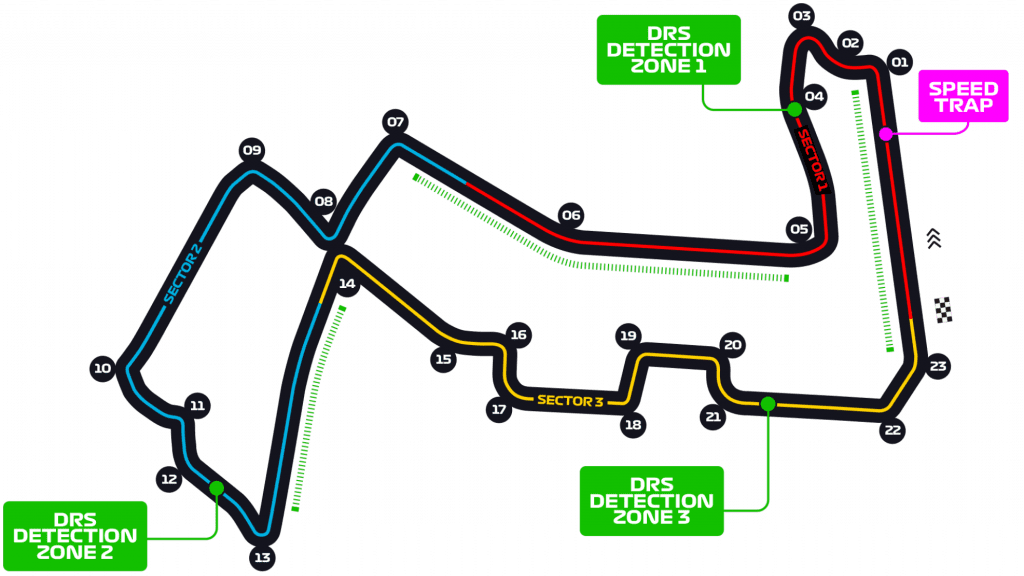 Drivers will now have the chance to activate DRS on the exit of Turn 13, which should make for some extra overtaking manoeuvres on the approach to Sector 2. The detection point comes just after Turn 12 for this new DRS zone.

The existing DRS zones in Singapore are located just after Turn 5 on the circuit’s longest straight, which bends to the right on the run-up to Turn 7, and on the start/finish straight with the DRS detection point located after Turn 21.\

Lewis Hamilton, who has won the last two Singapore GPs, leads the championship by 63 points over team mate Valtteri Bottas heading into round 15.

Sebastian Vettel, however, has won just as many races at Marina Bay, tied with Hamilton on four wins ahead of the 2019 race.