Michael Olinger, M.D., who served as IndyCar’s medical director from 2006 to 2018, died November 7.
Dr. Olinger joined the AMR IndyCar Safety Team when the Indy Racing League was formed in 1996, as an on-track physician. He was promoted to IndyCar’s senior medical director in 2006 following the retirement of Dr. Henry Bock. Dr. Olinger had served as Bock’s deputy medical director at Indianapolis Motor Speedway for more than a decade and In 2003, Dr. Olinger was recognized with the Safety Award from the Championship Drivers Association. 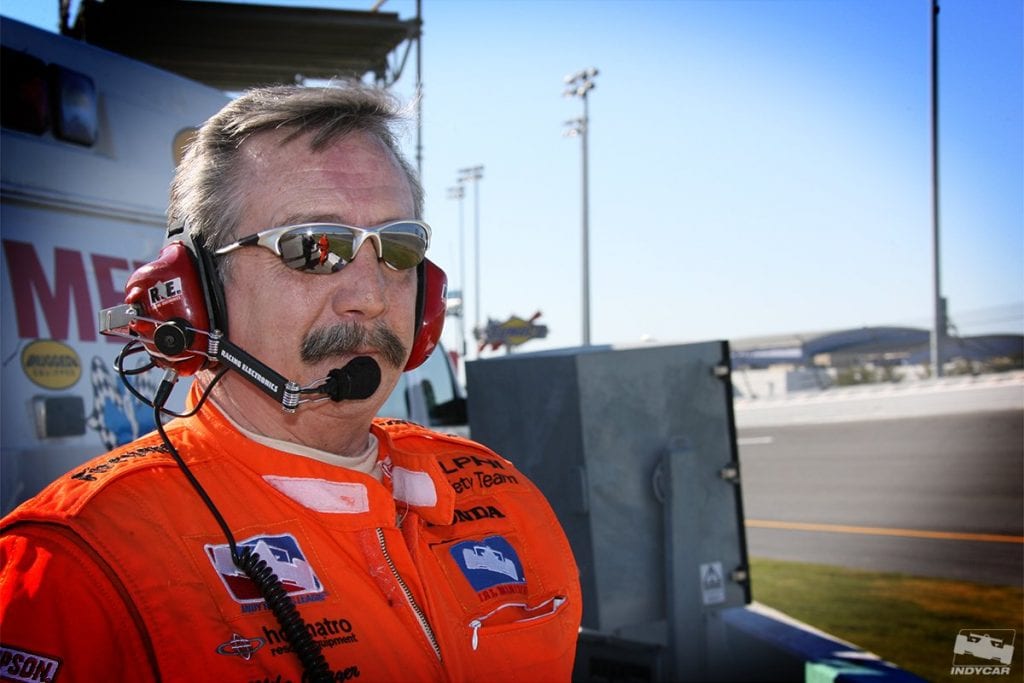 Dr. Olinger was appointed the state of Indiana’s first emergency medical services medical director in 2014 and held the job for two years. He was a professor of clinical emergency medicine at Indiana University School of Medicine and served as medical director for the Indianapolis Fire Department and Indianapolis EMS. He was a gubernatorial appointee to the Indiana EMS Commission.

A graduate of the University of Colorado School of Medicine in 1983, Olinger, a former helicopter pilot in the Army, completed his Residency in Emergency Medicine in 1987 at Brooke Army Medical Center in San Antonio, Texas.

He survived by his wife Jeanette and their children and grandchildren.