The victory didn’t come easy for Kyle Busch, but he took his 200th win in NASCAR this weekend. Last Sunday he won the Auto Club Speedway in Fontana, California. This was his 200th victory in the three NASCAR national series combined. 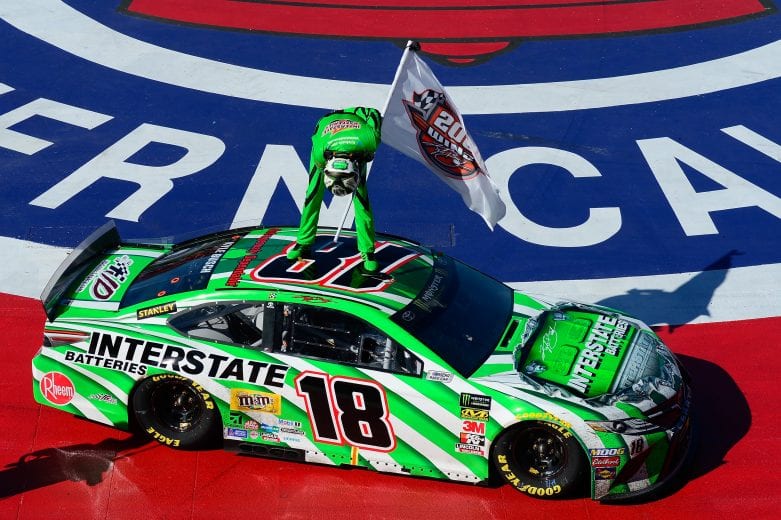 Kyle Busch had to overcome a pit road speeding penalty for this win. He was able to retake the lead with only 25 laps remaining. He remained his lead and took a win with a 2.354 seconds gap between him and the runner up Joey Logano.

Kyle Busch is the second driver to win 200th victories between all three NASCAR national series (Cup, Xfini, y and Trucks). He how has 94 Xfinity series wins, 53 wins in the trucks series, and 53 wins in the cup series. Seven-time Cup Series champion Richard Petty also has 200 career national series wins, all of which came at the premier series level. The comparisons between the two milestones was inevitable, but one that even Busch himself doesn’t consider a parallel.

“It feels just like (win) No. 1, just like yesterday,” Busch said. “Man, I had such an awesome race car. I mean – dang! I’m glad we put on a heck of a show for all the fans out here at Auto Club Speedway. “It’s just awesome. To win 200, whatever it means, it means a lot to me. It means a lot to all my guys, to everyone at Joe Gibbs Racing. You guys are all the best. It’s an amazing opportunity to drive for Joe Gibbs and I’ve cherished every minute of it. I just wish we can keep it going, running strong, running well and winning these races.”