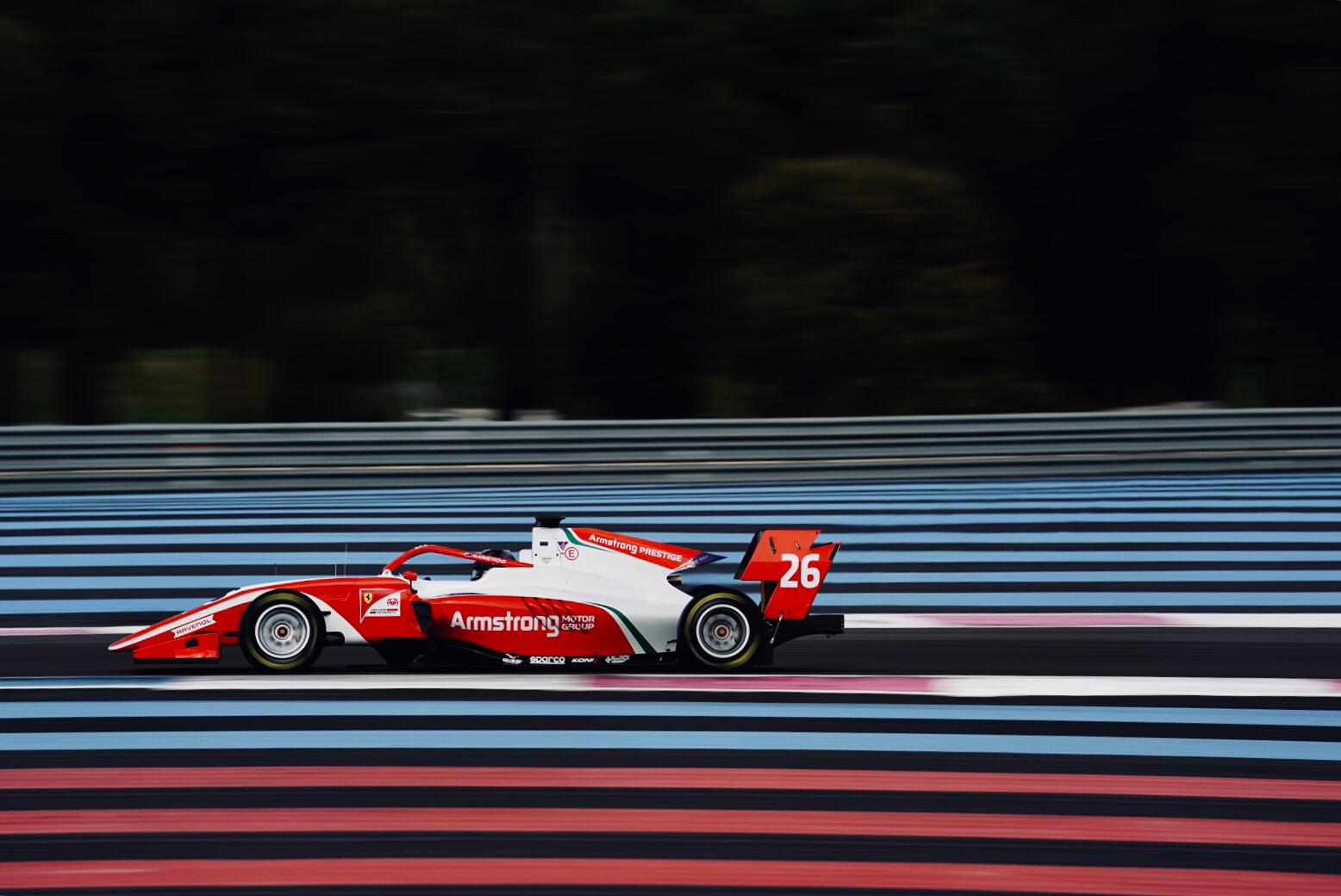 Prema Racing’s Armstrong managed 19th on the grid for the first race but moved up to eighth to take pole for Sunday’s encounter. He extended his lead and moved out of DRS range at the start of the race, before a crash on lap three for Simo Laaksonen brought out a safety car. MP Motorsport’s Laaksonen went off at the exit of Blanchimont at high speed and was buried under the tire barrier before being taken to the infield medical center for checks.

A brief rain shower threatened to complicate the race, but it soon halted and once the barrier was repaired the race resumed on lap nine of 17. Armstrong again pulled out an impressive gap after the restart and wouldn’t be caught. Renault junior Christian Lundgaard eventually got ahead of Honda protege Yuki Tsunoda (Jenzer) – after voicing his displeasure at Tsunoda’s defense on the Kemmel Straight – and looked to have established the position in the second half of the race.

But Tsunoda dived down the inside approaching Les Combes to take the position back on the penultimate lap. Ferrari and SMP Racing junior Robert Shwartzman sealed the final podium spot after passing ART driver Lundgaard around the outside to take third ahead behind Tsunoda.

Points leader Shwartzman’s move put another car between him and his closest rival Jehan Daruvala, who took fifth for Prema ahead of race one winner Pedro Piquet (Trident). With that result, Shwartzman has extended his advantage to 23 points with just two rounds remaining in the season.

Leonardo Pulcini was pushed back after being pushed off at Turn 1 on lap one but recovered to seventh for Hitech. Another Honda junior, Teppei Natori (Carlin), scored his best result of the season in eighth, scoring the final point.

Championship contender Juri Vips suffered a blow as he was pushed off at Turn 1 by Tsunoda – who dived up the inside of Pulcini and pushed Pulcini off into Vips at La Source on lap one.  On the lap eight restart, Hitech driver Vips then broke his front wing and finished 21st. There were no celebrations following the race from the top three in the wake of the death of Formula 2 driver Anthoine Hubert on Saturday.