The American provides an update on his recovery and his desire to return to racing.

Juan Manuel Correa’s determination and desire to reach the very upper echelons of motorsport remain as strong as ever. In fact, it may well be burning even brighter. The American’s battle to return to the sport he loves is both for himself, and for Anthoine Hubert. However, he knows that he has one hell of a fight on his hands.

Speaking extensively for the first time since the horrific accident at Spa in September, which left Correa in a coma and tragically killed Hubert, the American stated powerfully: “I feel that I have to return not only for myself but also for him.”

Correa has been updating fans on his progress via his own official social media channels since beginning his long-road to recovery but spoke in-depth with Argentina’s Mundo Sport radio show, where he thanked fans for their support, and revealed his bid to eventually make a return to Formula 2.

“I won’t do anything I didn’t do before,” he explained. “I’m with the same people that surrounded me, a lot of physical and mental work. They were my base alongside my family.

“I have a strong character. When I woke up from the coma, I realized that I could stay in bed feeling bad and depressed or fight to get up and go back, and that’s what I’ll do. I am motivated by the dream of returning to F2 and reaching F1 in the future. 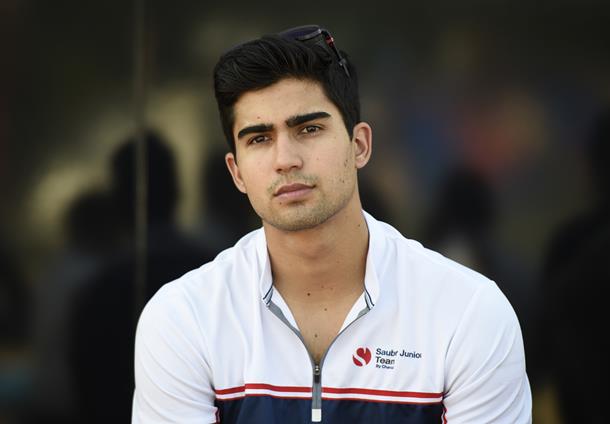 “The amount of messages I received and people who wanted to visit me in the hospital, even from people I don’t know, motivated me a lot, especially in the toughest moments.”

The crash has affected Correa both physically and mentally, but the American now has a different outlook on life, and a changed mind-set, confessing that there were times where he questioned whether he wanted to step into a race car again.

“It was an accident that changed my life,” he continued. “When you have an experience so close to death and you go out alive, your eyes open beyond motor racing. There were moments in the hospital where I wasn’t sure if I wanted to race again. I realized that racing is not the most important thing – it is my passion, but such an accident shows you the priorities, and my priority was my health and my family.

“My passion is still racing. A friend asked me if this turns off my F1 dream. I told him that an accident does not turn off the dream, it does make you think if you want to take a risk for a dream. And I decided that I want to continue doing so because it is my dream.”

He was helped to manage the mental struggles that have so far encompassed his rehabilitation by the strong support structure which surrounds him, including family, friends and fellow racers. One such visitor was a double amputee racing driver, Billy Monger, who Correa says has helped to both inspire and motivate him.

“I met Billy Monger who keeps racing after what he suffered,” he said. “That helped me on the mental issue because after an accident like mine I saw that I could recover. I tried to find him. I wanted to congratulate him on how he came back: only him and I know what we went through so we had an instant connection. 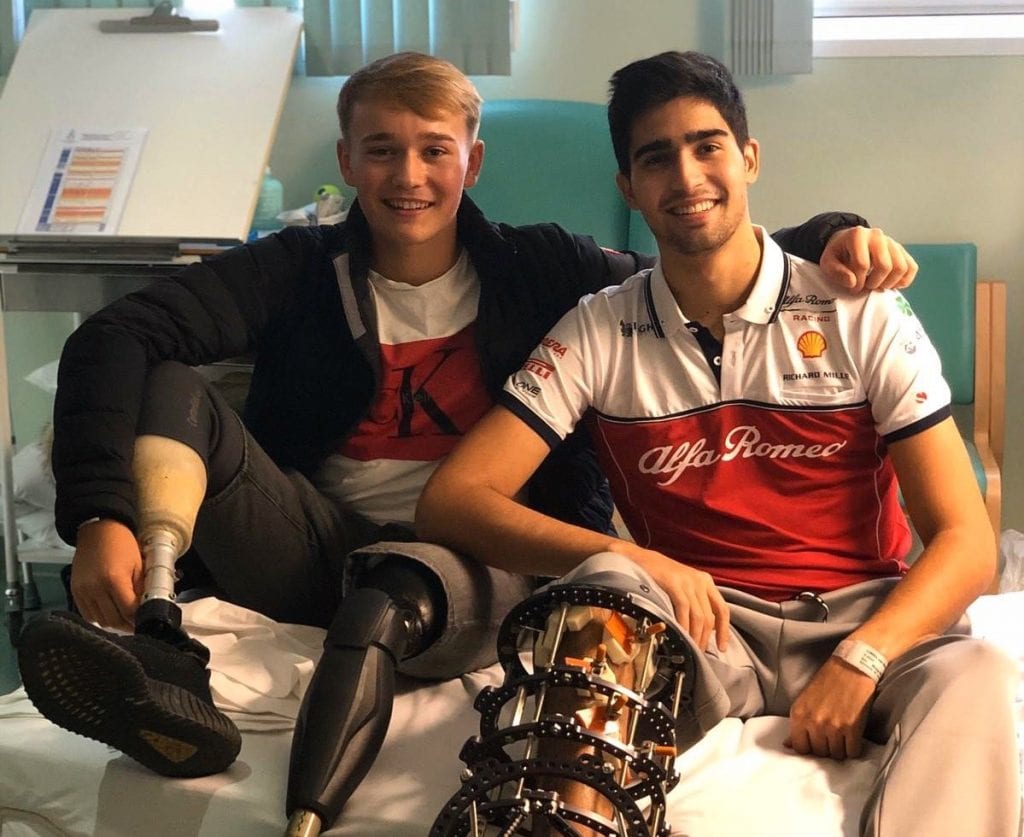 “I was motivated by his attitude: he is a very happy guy with a lot of energy, good vibes and that helped me out of the hole in those two months. There are drivers who didn’t go through things like this who also sent a lot of energy. I was very close to Alex Albon, we have known each other since 2014. He came to see me in London, the whole motorsport community was amazing with me.”

Correa went into detail on the recovery process that he has begun, with further surgery set to take place on his right leg, on December 23. Other operations will follow this, but the type and timing of them will be decided further down the line, as doctors continue to monitor and assess the progress that he is making.

Doctors operated on both of his legs, with the most extensive work done on the right one, which needed to be completely rebuilt. The left leg suffered “milder injuries” and required just one operation.

At the moment, the American is primarily bound to a wheelchair, although, he has posted videos on his social channels which show him standing for the first time, with the aid of doctors, nurses and a walking frame.

“The process will last a year,” he said. “There will be more surgeries to come, recovery and rehabilitation. I will fight to recover enough to step on the throttle again.

“I lost six centimetres of bone in the lower part of the tibia, [but] it is growing again with a special device. That’s why I have all those metals pieces around my leg that you see in social media. I grow the bone by one millimetre per day.

“I have the next surgery where the bone will reach the foot. Then the process will come where the new bone will strengthen hard so it can support weight. After that the metals will be removed to recover as much as possible, assess how much pain or mobility I have and see what other operations follow.”

Although his right leg is never likely to fully recover, the American does believe that he can make enough progress to return to racing. Correa has been aided by his own physical condition, which he says not only saved his life, but has also helped to speed up his recovery. 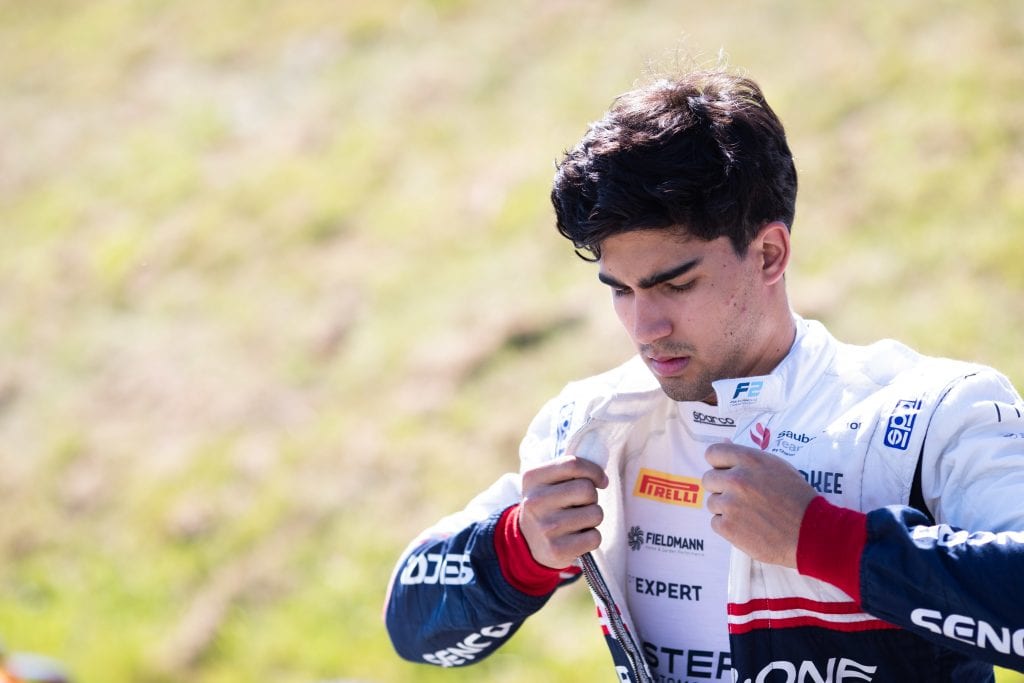 “At the beginning the doctors expected two years to make the recovery, but my body is doing everything faster, it recovers and regenerates the bones faster than normal. Being optimistic, in a year we could have the full idea of ​​how much more I can recover.

Correa said: “Being a professional athlete was a huge help, not only because of the bones and the body but also the pulmonary arrest I suffered, so I spent two weeks in a coma. I would not have survived without being in this physical condition.”

As well as his injuries, Correa also discussed the accident itself. The American has already held meetings with the FIA on the incident. The discussions were concluded swiftly, with his recollection of the events coinciding with the FIA’s own report of the accident.

“It was an accident with very bad luck, a long chain of events where four or five cars were involved.” While Correa was happy to help with the FIA report, he admitted that: “No investigation is going to change the fact that I have a hard year ahead.”

He continued: “It took me a few weeks to accept everything, it is difficult to understand with pain drugs in the hospital. It took me time to accept it, but my attitude is pragmatic; nothing will change what happened, so I have to make the best of it.

“Of course, I feel sadness: Anthoine was a good friend, but now I feel that I have to return not only for myself but also for him.”