Charles Leclerc became the second youngest pole-sitter in the history of the Formula One. During the qualification for the Bahrain Grand Prix, he clocked the fastest time. Sebastian Vettel placed the second-best time, securing a front row for Ferrari.

Charles Leclerc made a new track record on his final lap. It just took him 1.28:866 to go around the Bahrain International Circuit. This was 0.294 second faster than Sebastian Vettel. Directly after the qualification, Sebastian Vettel was summoned by the stewards. He was alleged to drive unnecessary slow during his out lap. However, the stewards decided that no further action was needed.

Mercedes was able to take the second row. Lewis Hamilton was able to take the 3rd place and Valtteri Bottas took the 4th place. Max Verstappen was 5th in the sole Red Bull to make it into Q3 with the Dutchman ahead of the Haas of Kevin Magnussen and the McLaren of Carlos Sainz.

The results are still pending a decision regarding Romain Grosjean. At the moment we wrote this it was unclear if he will be penalized. 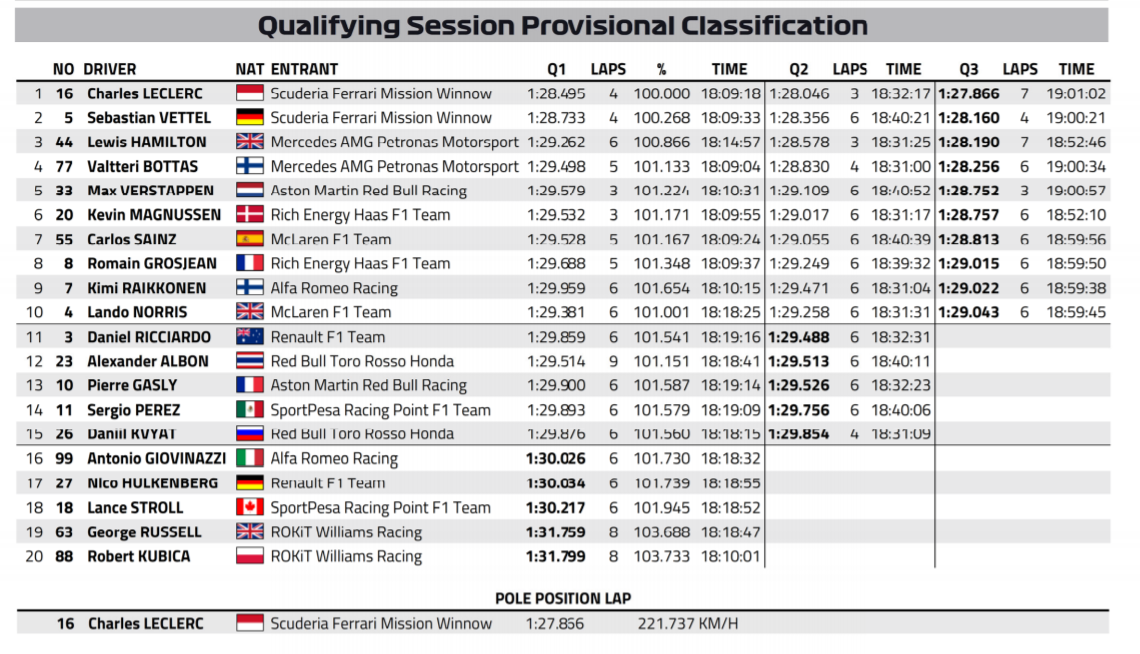