Formula 2 driver Anthoine Hubert has passed away aged 22 after sustaining injuries in a crash during the series’ feature race at Spa-Francorchamps. 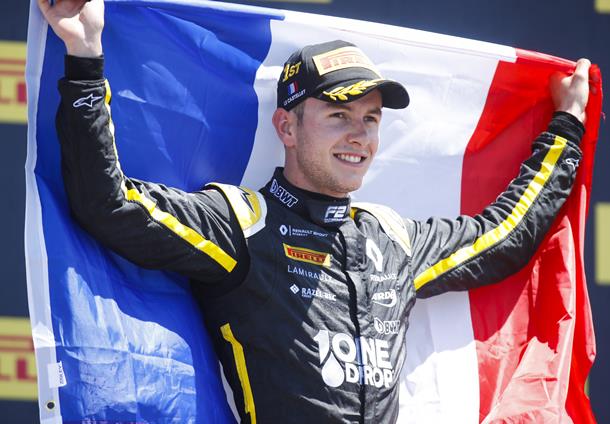 The Renault junior – the reigning GP3 Series champion – was fighting to break into the top 10 with his Arden-prepared car when he was caught up in an accident with Giuliano Alesi – who lost control of his car at Eau Rouge.

Hubert was then hit at high speed by Sauber Junior Team driver Juan Manuel Correa at the exit of the Raidillon corner. The FIA has confirmed that Hubert succumbed to his injuries at 18:35 local time, over an hour after the accident. Correa was taken to hospital and is described in the FIA statement as being in a stable condition. Alesi has been released from the medical centre.

Hubert has won two races in Formula 2 this season – at Monaco and Paul Ricard – and was eighth in the championship as the series’ second-highest placed rookie in the standings. He was in line to take a top F2 drive next year owing to his strong performances and was well thought of in the Renault Formula 1 team.

The son of a French national rally driver Francois, Hubert won the French F4 championship in his first season in car racing in 2013. After two seasons with Tech 1 in Formula Renault, he contested a single season of European Formula 3 with Van Amersfoort in 2016 before two seasons of GP3 with ART Grand Prix. The second in 2018 gave him the drivers’ title and helped ART to win a seventh out of eight teams’ titles before the series merged with European F3 to become FIA Formula 3 in 2019.

His strong performance in GP3 earned full Renault backing for 2019 – which also helped to place him at Arden for this season. With a new tie-up with HWA, the Arden squad has improved enormously over the course of the year.

The Federation Internationale de l’Automobile (FIA) regrets to advise that a serious incident involving cars #12, #19 and #20 occurred at 17:07 on 31/08/19 as a part of the FIA Formula 2 Sprint Race at Spa-Francorchamps, round 17 of the season.

The scene was immediately attended by emergency and medical crews, and all drivers were taken to the medical centre.

As a result of the incident, the FIA regrets to inform that the driver of car #19, Antoine Hubert (FRA), succumbed to his injuries, and passed away at 18:35.

The driver of car #12, Juan-Manuel Correa (USA), is in a stable condition and is being treated at the CHU Liège hospital. More information on his condition will be provided when it becomes available.

The driver of car #20 Giuliano Alesi (FRA) was checked and declared fit at the medical centre.

The FIA is providing support to the event organisers and the relevant authorities, and has commenced an investigation into the incident.