The second and last week of testing is completed for the Formula one teams. Below you will find the results of for the second week. When you look at the numbers it can become an interesting season.

“We’ve had eight productive days of testing, with teams accumulating plenty of running in generally good conditions, although – as expected at this time of year – without reaching the temperatures we anticipate during the season. Considering this, we are satisfied that all five compounds are performing as we planned, even though the softest compound is not really suited to Barcelona. As usual, during the second week of testing, teams were sampling a wider range of compounds and targeting performance and race procedures in preparation for Australia. What’s perhaps more surprising is the pace of the cars at this point in the season: not only are they going faster than last year’s test, despite being 10 kilograms heavier. We experienced a bit of graining in cooler temperatures, which should disappear in warmer weather, and no blistering. It’s hard to get a precise read on degradation in these conditions. At the moment we’re seeing a gap of around 0.6 to 0.7 seconds between each of the compounds seen on track in Barcelona, which should translate to our target of about 0.9 seconds on a longer circuit in warmer weather”. 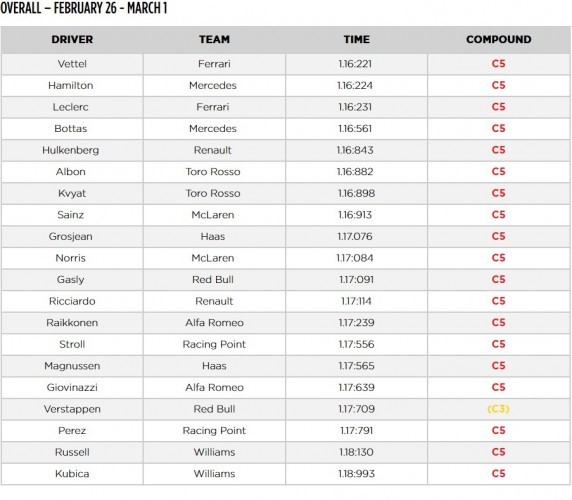 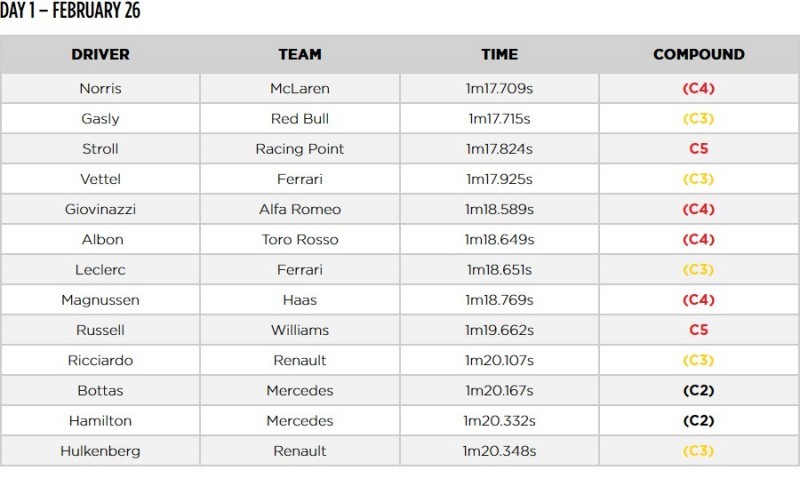 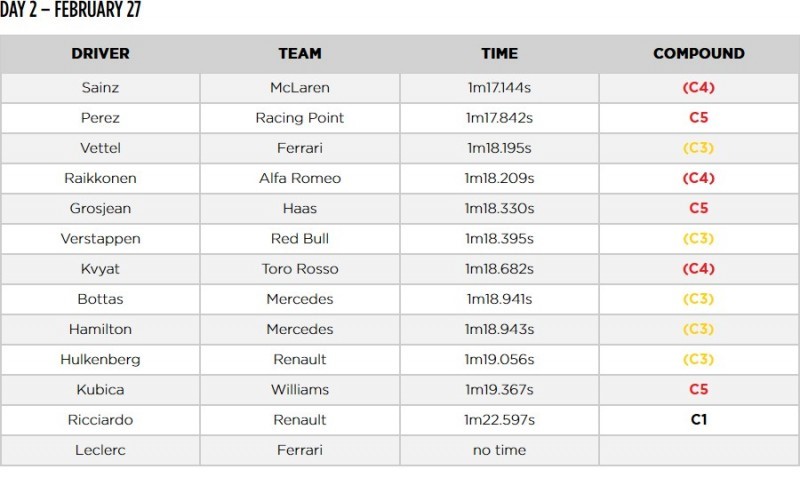 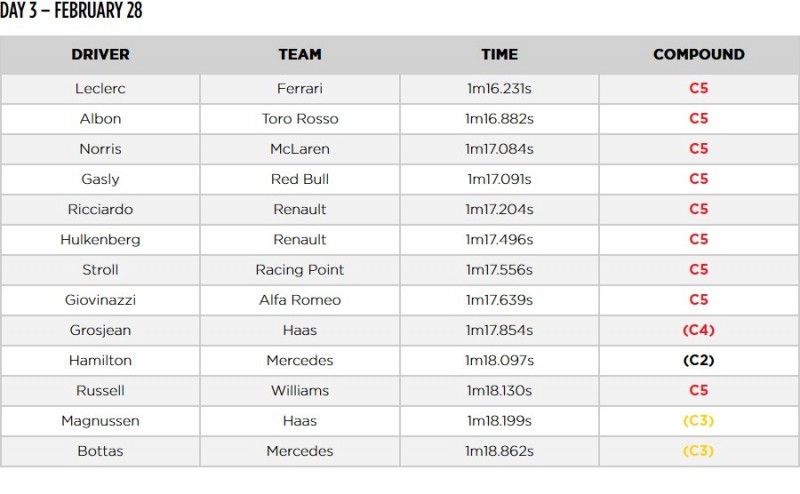 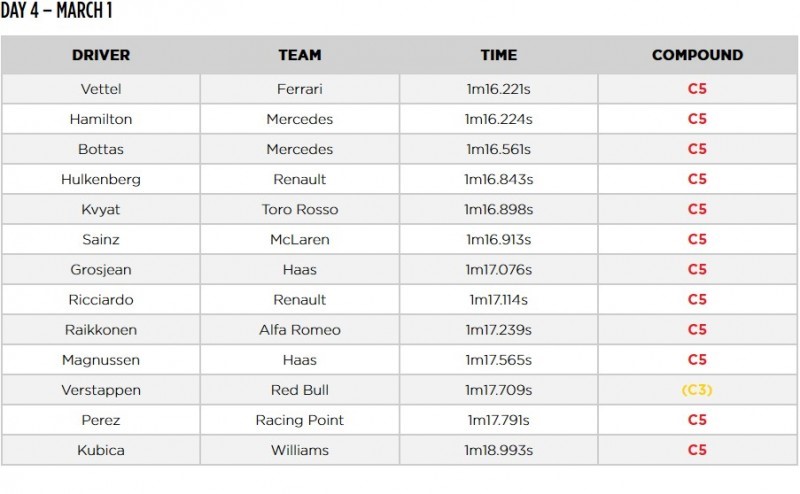