The destination of the 2019 DTM title swung emphatically towards Rene Rast (GER) after the Audi driver claimed maximum points from pole position and a lights-to-flag race victory at the Nürburgring. 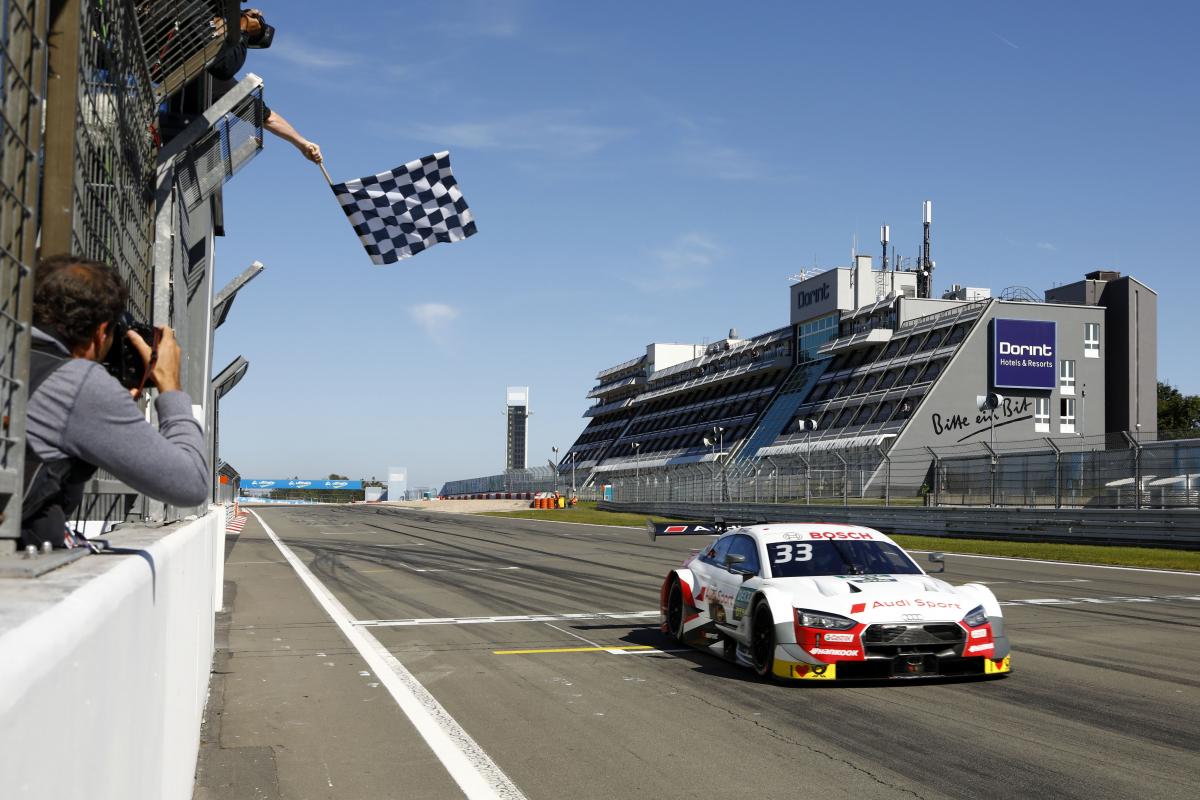 The German also maximized the advantage after his closest title rival failed to score. From third on the grid, Nico Müller jumped the start, received a drive-through penalty, and was forced to gamble on an early stop for tires in order to capitalize on a Safety Car period that never came. It prompted a second stop for fresh tires and a slump to 16th position.

Only Marco Wittmann (GER, BMW) made the best of his situation. From 11th on the grid, Wittmann worked his way up to finish on the podium, finishing third to keep his title hopes alive by the slenderest of margins. With a maximum of 84 points still at stake, Wittmann trails championship leader Rast by 80. Müller remains second in the drivers’ standings, 47 points behind Rast.

As a result, Rast is in a position to wrap up the 2019 drivers’ title in Sunday’s race. A quick glance at the maths says Rast can win the title if he scores nine more points than Müller tomorrow.

A double podium for BMW courtesy of Spengler and Wittmann

Despite an emotional victory at the Norisring, Bruno Spengler (CDN, BMW) has endured a difficult season but capped a strong performance in the Eifel mountains with a solid second position in today’s race.

A perfect day! Just as one would wish for, with pole position, victory and having extended the championship lead. Moreover, the technology worked perfectly. I am mega happy with my 47-point gap. Now, I hope to be able to seal the title tomorrow. But to do so, I have to be wide awake tomorrow as well.” – René Rast, winner

“My start was okay, although I lost a few positions. From third place, I tried to overtake Mike Rodkenfeller and I had a good battle with him. However, we weren’t able to keep up with René Rast’s pace. The team has done a good job with the strategy and a slightly later stop. In qualifying, we have made good progress with the car too.” – Bruno Spengler, 2nd place

“I’m happy with the race – particularly as we have worked our way up from 11th to third place without any assistance – just our own pace, our own strategy. However, I had still hoped to swap positions with Bruno. But my battle for the championship is almost over anyway.” – Marco Wittmann, 3rd place