In motorsport the teams are always looking to be on the rules with their car designs. They can get huge advantages for doing what the rules say and not what they intended to say. Most of the time this works out just fine, something the teams take it to far and end up with a banned car. In this serie, we will talk about a few of those banned race cars. We will start our series with the Brabham BT46B.

The Brabham BT46 is a Formula One racing car designed by Gordon Murray for the Brabham team for the 1978 Formula One season. The car featured several radical design elements, one of which was the use of flat panel heat exchangers on the bodywork of the car to replace conventional water and oil radiators. This concept did not work in practice and was removed before the car’s race debut, never to be seen again. The cars, however, powered by a flat-12 Alfa Romeo engine, raced competitively with modified nose-mounted radiators for most of the year, driven by Niki Lauda and John Watson, winning one race in this form and scoring sufficient points for the team to finish third in the Constructor’s Championship. The “B” variant of the car, also known as the “fan car”, was introduced at the 1978 Swedish Grand Prix as a counter to the dominant ground-effect Lotus 79. The Brabham BT46B generated an immense amount of downforce by means of a fan, claimed to be for increased cooling, but which also extracted air from beneath the car. 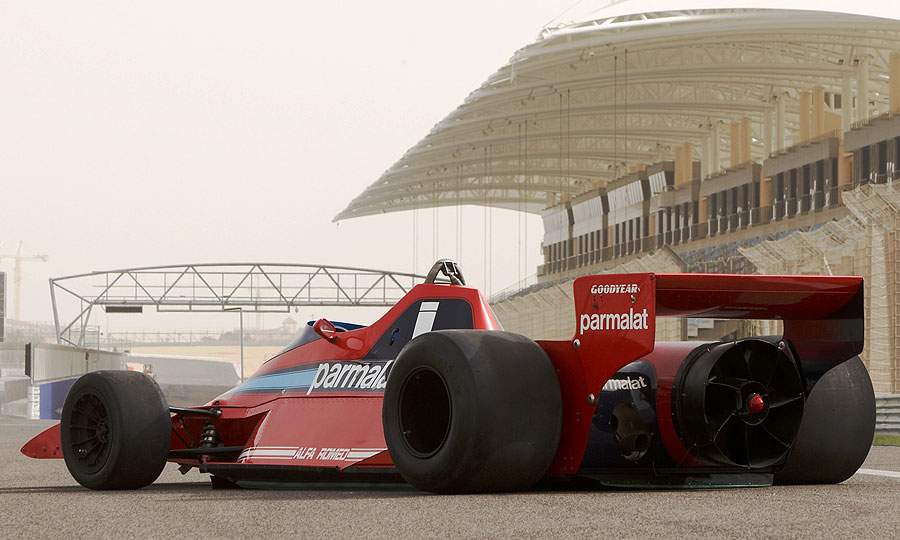 In Formula One racing only one thing is more important than the engine: The Downforce. Spoilers work by generating downforce. Air flows over the spoiler, pushing it down and helping the car maintain its contact with the ground so no engine power gets wasted. The 1977 Brabham BT46B, also known as the fan car, had a fan at the rear of the engine bay that not only cooled the engine but also generated incredible downforce. In the car’s only race, the 1978 Swedish Grand Prix, driver Niki Lauda easily won. The problem with the Brabham BT46B was that according to Formula One rules, any feature that generated downforce had to be fixed. The outside of the fan was fixed against the car, however, the inside of the fan spins. This car was legal at the time because of a loophole in the rules, but it wouldn’t be for long. The fan car era ended as soon as it started.

The two Brabham BT46B cars were prepared for the Swedish Grand Prix at Anderstorp on 17 June 1978. When not in use, the fan was covered by a dustbin lid, but it soon became clear what the modified Brabham was intended to achieve: when the drivers pushed the throttle, the car could be seen to squat down on its suspension as the downforce increased. Lotus driver Mario Andretti said “It is like a bloody great vacuum cleaner. It throws muck and rubbish at you at a hell of a rate”.Gordan Murray says that this was untrue: “The fan couldn’t spit anything out the back because the fan’s exit speed was only 55 mph. Besides the radial fan would have sent any stones flying sideways”. The legality of the cars was soon protested, but they were allowed to race. They qualified second and third behind championship leader Andretti. In the race, John Watson spun off on the 19th lap. Once Didier Pironi (a back-marker) dropped oil onto the track and with both major front-runners out the race, the remaining Brabham was in a class of its own, seemingly unaffected by the slippery surface. Niki Lauda passed Mario Andretti around the outside of one of the corners, who dropped out shortly afterward due to a broken valve and went on to win by over half a minute from Riccardo Patrese in an Arrows.

There was an uproar from rival teams, who saw the “fan car” as a threat to their competitiveness. Lotus immediately started design work on a fan version of the 79. Bernie Ecclestone, the owner of the Brabham team, had also been secretary of the Formula One Constructors Association (FOCA) since 1972 and became its president during 1978. According to Ecclestone’s biographer Terry Lovell, the heads of the other FOCA teams, led by Colin Chapman threatened to withdraw their support for Ecclestone unless he withdrew the Brabham BT46B. Bernie Ecclestone negotiated a deal within FOCA whereby the car would have continued for another three races before Brabham would voluntarily withdraw it. However, the Commission Sportive Internationale intervened to declare that henceforth fan cars would not be allowed and the car never raced again in Formula One. The car was not considered to have been illegal when it raced, however, so the Swedish Grand Prix win stood. The two converted chassis were returned to standard BT46 configuration for the next race. 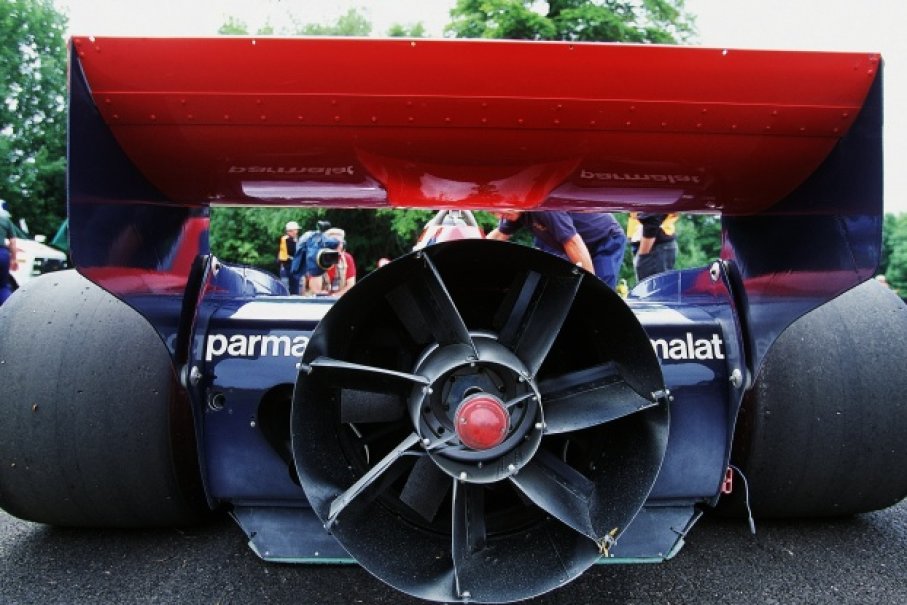 Back racing the Brabham BT46B

A BT46 competed in ‘B’ specification once again in 1979 in the Gunnar Nilsson Trophy race at Donington Park. This was an event held to raise funds for the Gunnar Nilsson Cancer Fund. Originally intended as a non-championship Formula One race, without FIA sanction it was instead run in a time trial format, with victory going to the fastest single lap recorded. As it was not an FIA event, the car’s illegality was not a factor. Nelson Piquet drove, coming fourth of the five cars competing.