Pirelli just announced the tire choices made by the team for the Bahrain Grand Prix. This Grand Prix will also be the first race this season that will use the C1 compound, the hardest Pirelli 2019 tire.

Most of the teams decided to go for one set of the hard tire, three of the medium tire, and nine of the soft tires. This option is the preferred choice for Mercedes, Ferrari, Sauber, Racing Point, Kevin Magnussen, and Max Verstappen.

Romain Grosjean picked a different option. He will have two hards and two mediums. The Williams, Mclarens and Piere Gasly have picked eight sets of soft. There we see that Mclaren will bring 2 hard and 3 softs. Kubica went for one hard and four times medium tires. While Russell went for 2 hard and three times the medium tire.

There are four drivers that will go all out on the soft tire. Both the Toro Rosso drivers have gone for the hard tire once and two times the medium. Renault went for ten times the soft tires combined with one set of the hard tire and two medium for Nico Hulkenberg. Daniel Ricciardo did it the other way around with two hards and one medium. 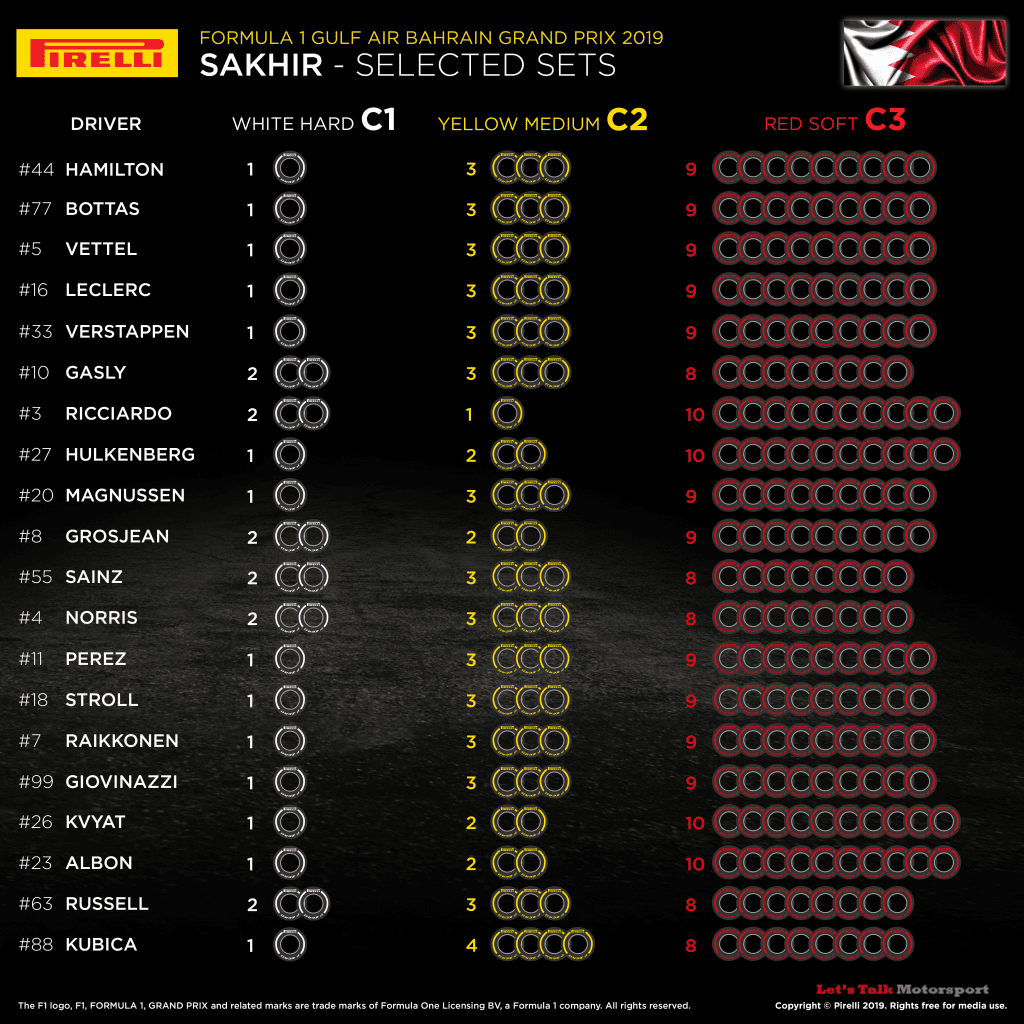