The Bahrain Grand Prix is over, and it was a race with a lot going on. While everybody expected Leclerc to win, he ends on the 3rd place with engine problems.

Ferrari suffered a nightmare at the Bahrain Grand Prix. Firstly an engine issue cost Charles Leclerc his victory. Before that Sebastian Vettel spun out of the podium race fighting wheel-to-wheel with Lewis Hamilton where he lost his front wing. Due to engine issues on both the Renault cars in lap 55 what brought out the Safety Car, they were able to keep the 3rd place. Keeping Max Verstappen behind him.

The Mercedes drivers were in close combat with the Ferrari drivers the whole race. During a battle in turn 4, the drivers were able to avoid contact. In his defensive maneuver, Sebastian Vettel lost control of his car and spun. This incident wrecked his rear tires causing some vibrations. The vibrations caused him to lose his front wing. 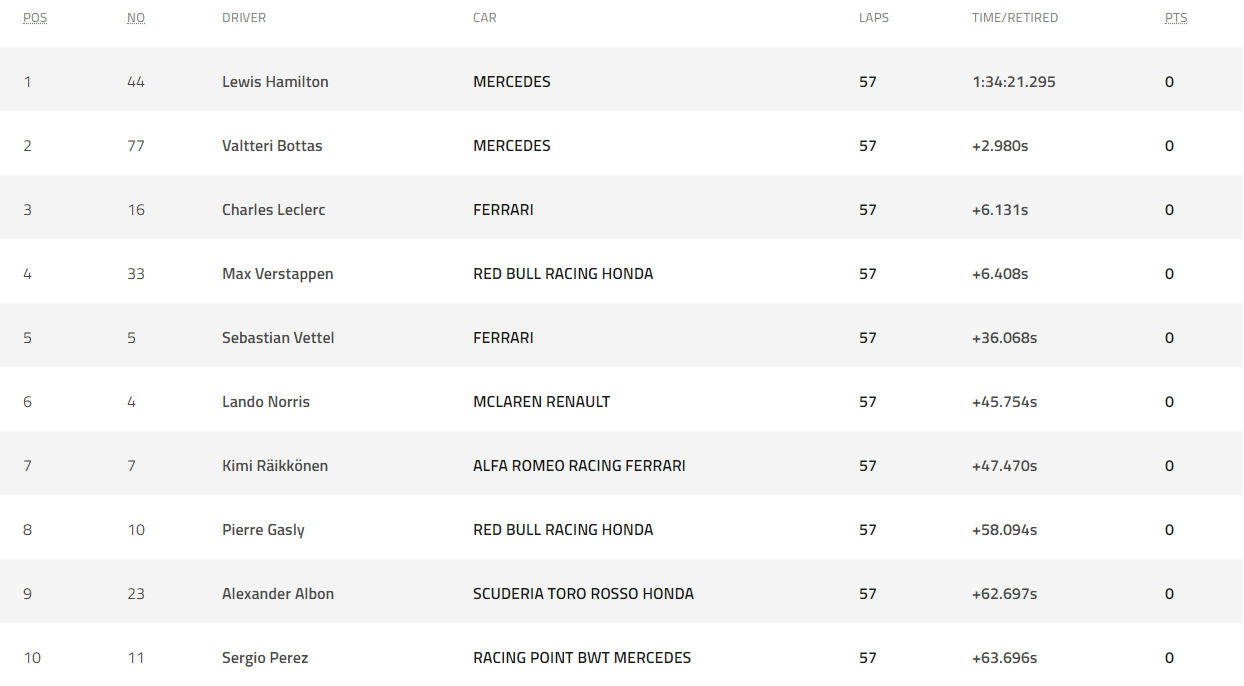 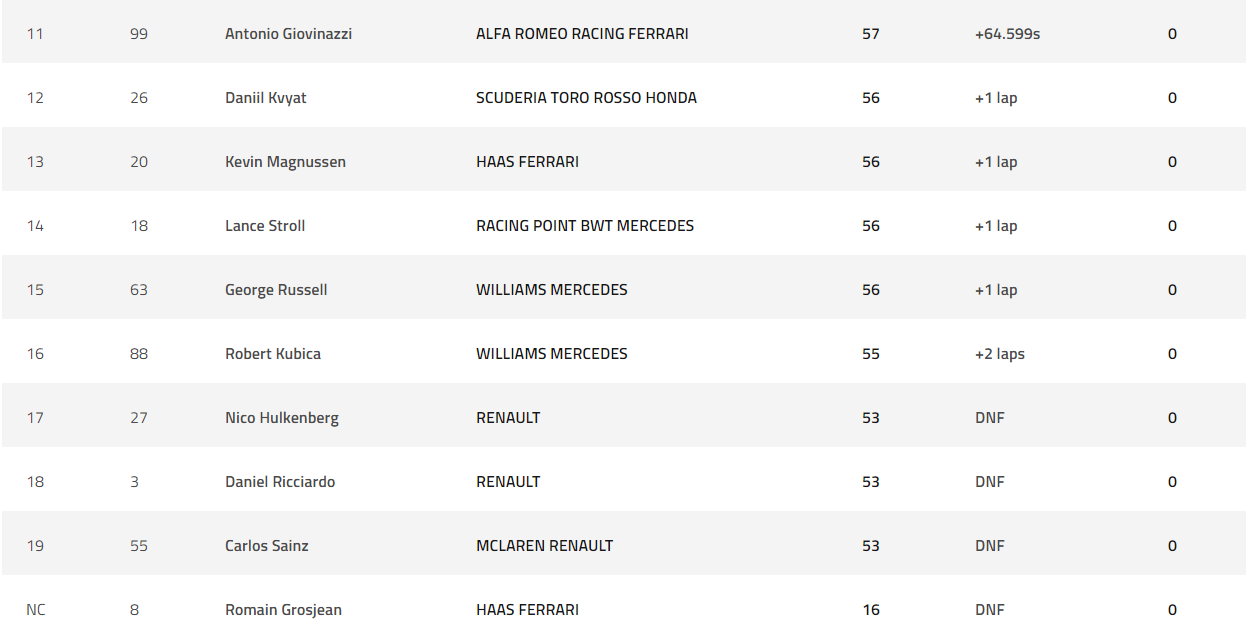