Bottas just won the first Grand Prix of the season. While Hamilton started from pole, Bottas took advantage immediately after a slow start by Hamilton. 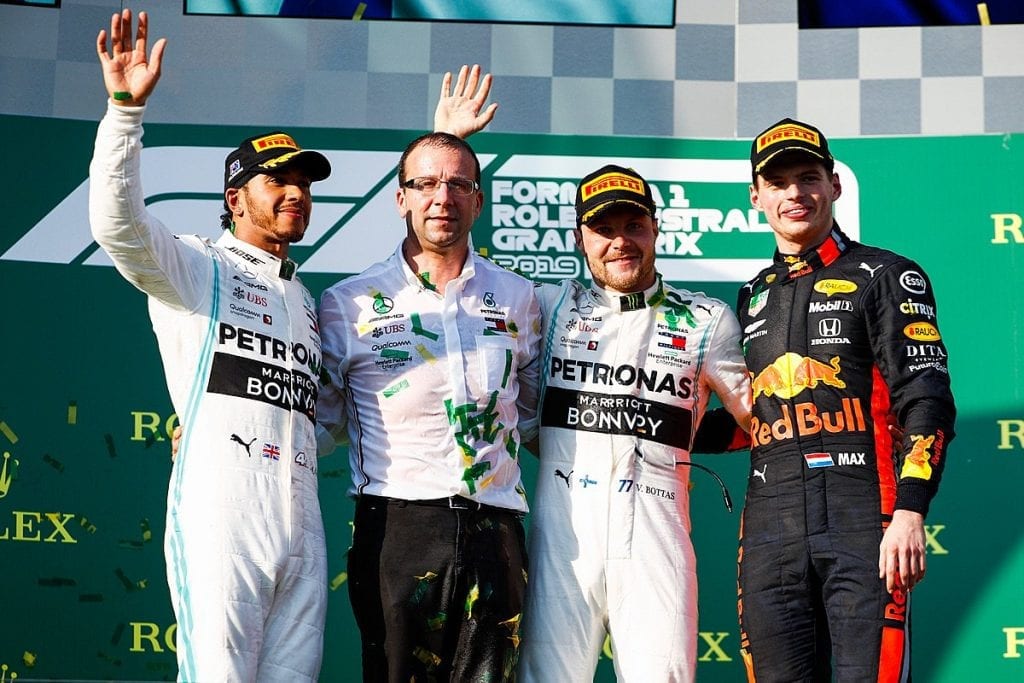 Bottas was able to remain in front for almost the whole race, only falling back a while when he did his pitstop. Bottas had a pace that makes him go faster than Hamilton giving him a good and safe lead in front of his teammate.

Honda was able to get on the podium for the first time since they returned in the Formula One. They didn’t have a podium place since 2008. They ended up behind the two Mercedes drivers on the 3rd place. 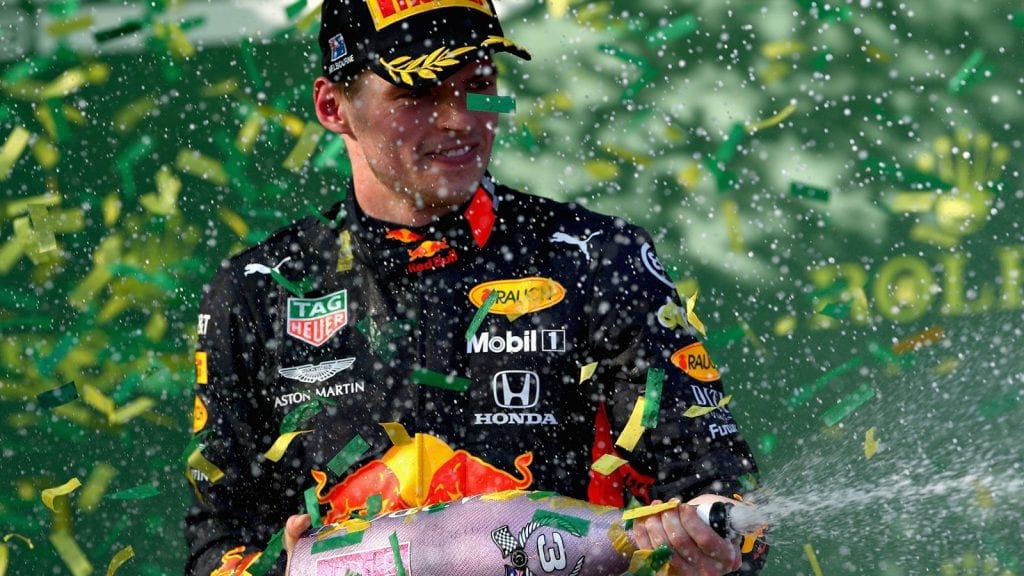 Hamilton didn’t leave the race happy. The team forced Hamilton into a slower strategy to react on the early pitstop from Vettel. When Vettel came in for a tire swap in the 14th lap Mercedes decided to bring Hamilton in on the 15th lap. Hamilton wasn’t that happy with this decision. Verstappen was able to chase the Mercedes for second place. Verstappen was in the DRS zone for multiple times, but when he went wide during an attack he was forced to remain behind Hamilton.

While the Ferrari’s where very good during the pre-season testing it translated to a fourth and fifth place in Melbourne. This while Leclerc was able to put Vettel under pressure. At the end of the race, Leclerc almost passed Vettel, but he holds back. Maybe a team-order prevented him from attacking Vettel even more.

Renault had a very strange starting situation. When Daniel Ricciardo started he wanted to pass a car using a bit of the grass. While doing that he lost his front wing. Causing him to make a pitstop in the first lap. Later it became clear he also damaged the side of the car and the floor. Causing him to retire.

Haas Racing wins the best-of-the-rest with the 6th place. Only the horror from last years seasons starts repeated herself with Grosjean. Something went wrong during a pitstop causing Grosjean to retire with a suspension issue.

Daniil Kvyat took a point with his return in Formula One comeback. He finished on the 10th place being able to keep the Red Bull driver Gasly behind him. Making sure both the Red Bull and Toro Rosso both have one car in the points.

Lando Norris was the best rookie in this race, finishing on the 12th place for McLaren. Williams racing had a terrible day. Kubica was lapped three times and Russell was lapped twice. The Williams car is lacking the pace.

The race had three retirements: Carlos Sainz was the first to get in troubles. His Renault Engine had an issue and even the car got on fire. A few rounds later it was Daniel Ricciardo to stop his car. Making two cars powered by a Renault to not make it to the finish. Grosjean was the last one to not make the finish after a failed pitstop.