In the DTM, the battle for the 2019 title is entering its decisive stage. This weekend, the seventh of nine season rounds in Europe’s most popular touring car race series is scheduled at the Lausitzring this weekend (23-25 August). Points’ leader René Rast (GER, 206 points) is 37 points ahead of his fellow Audi driver Nico Müller (SUI, 169). BMW works driver Marco Wittmann (GER, 147) needs two top results at the 4.534 kilometres long track to keep his title hopes alive.

In the manufacturers’ standings, Audi is already in a position to seal the crown at the Lausitzring: to do so, the brand from Ingolstadt has to extend its lead from BMW by another 20 points to be beyond reach at the top of the points’ table prior to the final two race weekends of the season at the Nürburgring (13-15 September) and at the Hockenheimring (4-6 October).

No matter how the races on Saturday and Sunday (start at 13.30hrs CEST on both days) will end – the DTM will have more than enough reason to celebrate this weekend as the race on Sunday marks the 500th race in the 35-year history of the race series.

There will be no lack of action in the DTM. Moreover, spectators at the race track can look forward to the races with the 500 hp strong GT sports cars in the Audi Sport Seyffarth R8 LMS Cup. Classic DTM cars, also from the 1980s and ’90s, will race in the ‘Tourenwagen Classics. Furthermore, classic Eastern Bloc cars will race in the support programme at Lausitzring: the first-ever appearance of the HAIGO ADAC Historic Cup, which was founded in 2004, features a mixed roster of both touring car and single-seater machinery.

On Saturday afternoon, Swiss House DJ and producer Mike Candys will take centre-stage at the Lausitzring. For more than a decade, Candys has been a fixture on the European club scene. In 2012, he had a top-three hit in Germany, Austria and Switzerland with ‘2012 (If the World Would End)’ – free to all holders of a grandstand ticket valid on Saturday.

Tickets for the race weekend at Lausitzring are available through the official DTM.com/tickets website. The DTM is broadcast live in 31 countries and can be watched around the rest of the world via the official live-streams at DTM.com, on YouTube and the mobile DTM app.

“I am no longer thinking about the accident I had last year. Thankfully, I didn’t have any pain or problems after the crash, so therefore, it was all over and done with the next day as far as I was concerned. In the manufacturers’ standings, things are looking quite well for Audi. I don’t think that we should try to seal the title as early as possible. Whether it happens at the Lausitzring or later isn’t decisive. For all of us, the DTM drivers’ title is more significant than the manufacturers’ title. At the end of the day, people rather tend to remember the winner of the drivers’ title. That is why our focus is more on this championship. I may not have been racing in the DTM very long, but I have been racing on the DTM platform since 2003. From that perspective, I have been part of the DTM environment for a long time already. My first impressions from the DTM go back even longer: I vividly remember the days of Kurt Thiim and Klaus Ludwig and I attended the races at the Diepholz airfield circuit as a kid.” – René Rast, Audi Sport Team Rosberg

“The Lausitzring has always been quite a challenging circuit. Over the years, the number of bumps has increased. Moreover, the forecast for the weekend includes quite high temperatures, so it will not be too easy. 500 races, that clearly shows the success story the DTM has written. The DTM has been a huge part of my life and it is like a big family. On one hand, it is my hobby, my passion, but on the other hand, it is my profession. You feel privileged for being a part of it. I hope that this success story will continue for a long time to come.” – Paul Di Resta, R-Motorsport/Aston Martin

“I think it is very good that we are now using the longer track lay-out of the Lausitzring. As a result, we have more medium-fast corners that make the track suit our cars really well. Moreover, we have better opportunities for overtaking than in the past. I am always having a really good time at the Lausitzring as it is a technically very demanding track. Here, your car has to tick all the boxes: be good on the brakes, have a good traction and generate a lot of grip, particularly in the middle sector. It is impressive that a race series like the DTM is now at 500 races. I am proud of being a part of it when we are reaching this milestone. That is something special. I was already very proud of being there for the start of the new turbo era combined with the transition from eight to four cylinders as well.” – Bruno Spengler, BMW Team RMG

The DTM at 500: on Sunday, 25 August, Europe’s most popular touring car series celebrates the 500th race in its history. That landmark makes DTM one of the world’s longest running race series, having so far completed 498 races across 342 event weekends since making its debut in 1984. 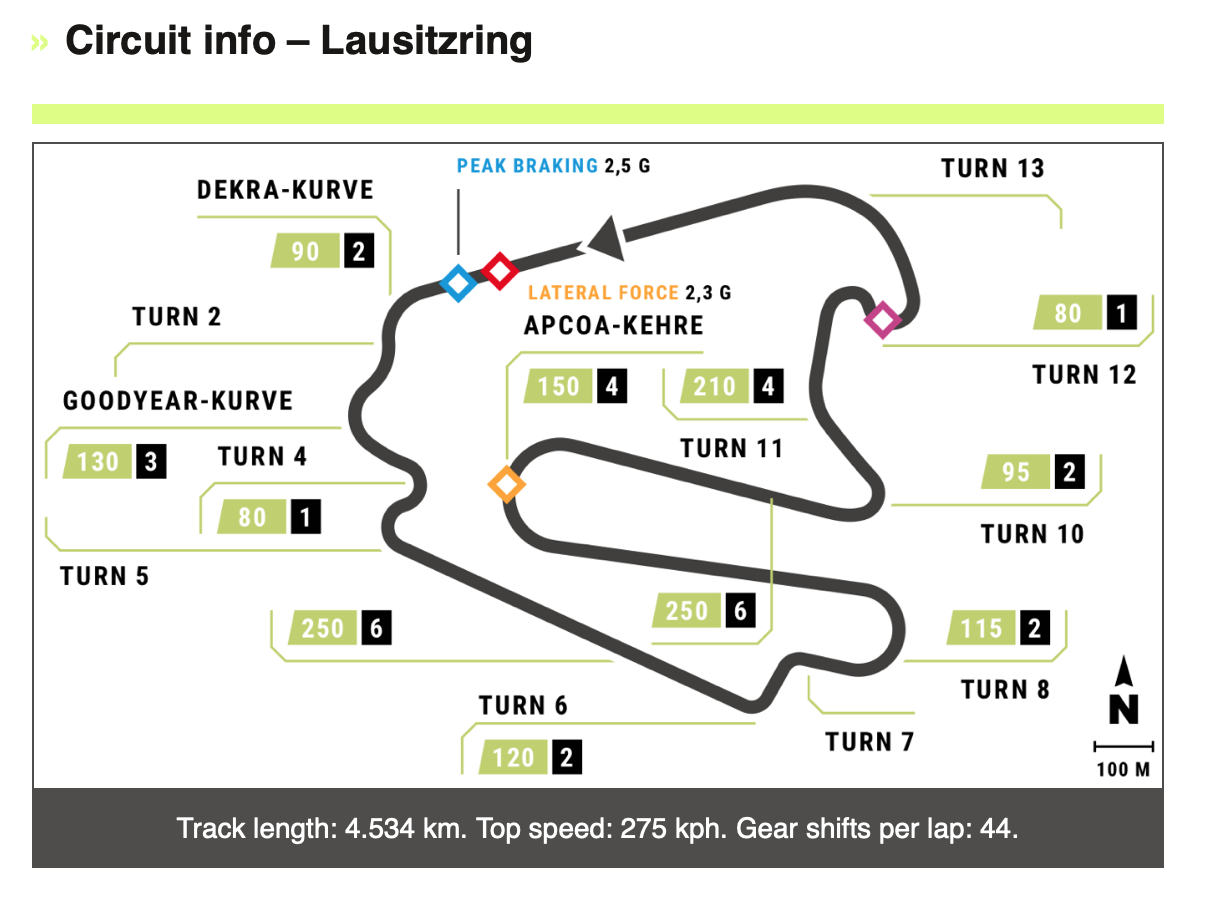